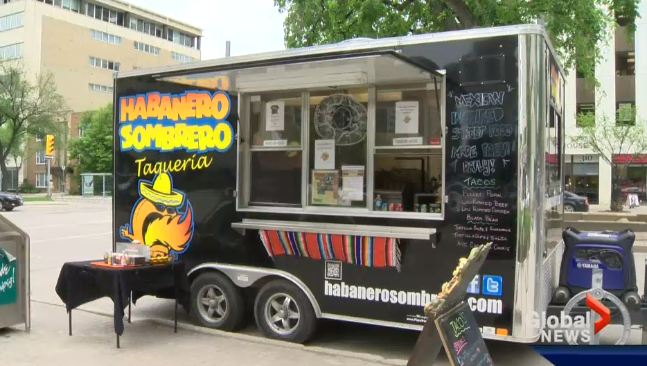 DUGALD, Man. – The food may be made in downtown Winnipeg, but many of the trucks along Broadway were built out in the country.

“This year we had a huge spike and we are going to be up 100 per cent from last year,” said Otto Kemerle, the president of Pizza Trucks of Canada.

Business has been booming at the food truck manufacturer based in the outskirts of Dugald, Man., about 20 kilometres east of Winnipeg.

“We already have people talking and booking with us for next year,” said Kemerle.

In all, eight people work directly for the company.

“We’re small but we’ll probably pump out 20 to 30 units this year,” said Kemerle.

The company is juggling 11 orders right now. The biggest project on the go is a contract with New York Fries.

“You have to be living under a rock to not see the explosion of food trucks across North America,” said Jay Gould, the president of New York Fries.

Pizza Trucks of Canada, along with its contractors, is converting a 1947 school bus into a food truck for the restaurant.