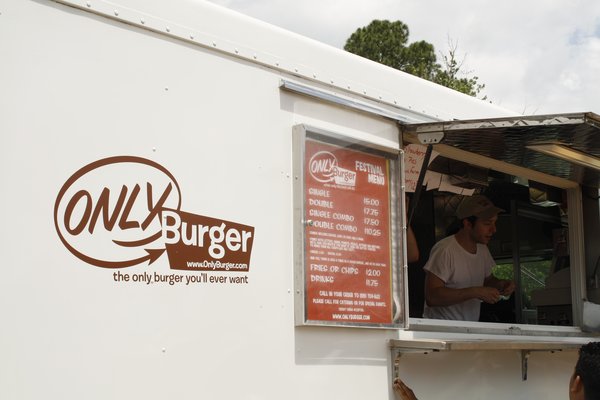 DURHAM (WTVD) — There is currently talk of tightening the rules for food trucks in Durham. At issue, is where and when they should operate.

Brian Bottger, who owns and operates Only Burger, has a brick and mortar restaurant only because of the popularity of his food truck, which is still operating on Bull City streets.

“Food trucks are part of the local food scene now, so I think that’s a big factor for people to get out, get downtown, I think it’s great,” Bottger said. The popularity of food trucks is apparently the reason why there is talk about more municipal control.

Officials are considering restrictions, including a ban around Durham Central Park on days when the farmers market meets there.

Bottger’s solution was to get a permit from the City “to cut off Hunt Street and try to create its own food truck venue.” That portion of Hunt Street is technically across the street from the Durham Farmers Market.

“I own a restaurant as well, so I don’t want a food truck parking in front of my restaurant. But I don’t expect that to happen, because most food trucks are not going to do that,” Bottger said.

Those restrictions are not set yet, but will be the focus of a hearing next week at Durham City Hall.