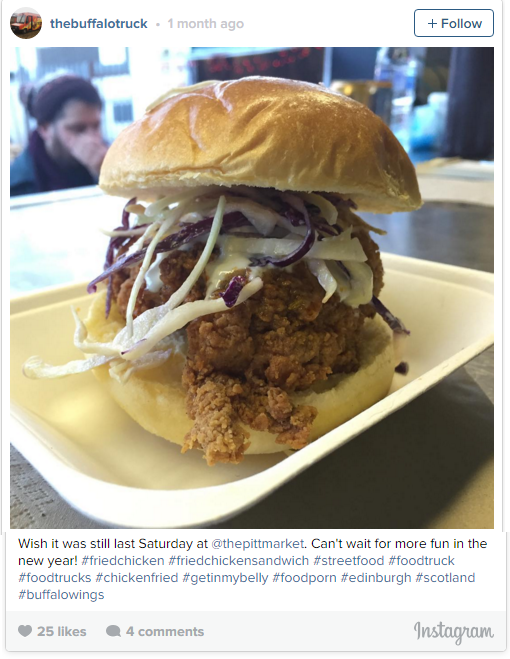 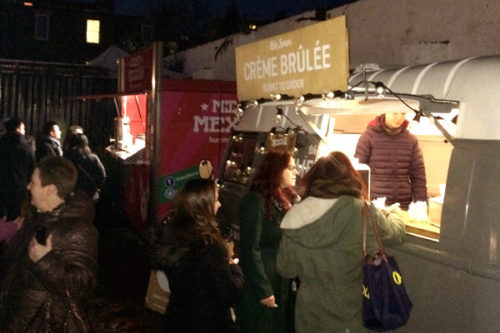 Street food fans rejoice! The newest addition to Edinburgh’s outdoor foodie scene is set to return this February, with three more sessions to follow later in the year.

As we reported last month, the pitt is a brand new all-day street food market, offering spots to some of the city’s finest culinary outlets on Pitt Street, and WOW247 is proud to be an official partner of this exciting events series.

Having got under way with their first session just before Christmas, organisers Hal Prescott and Scott Kirkham have confirmed that the pitt will be returning for four monthly Spring sessions beginning on February 27. 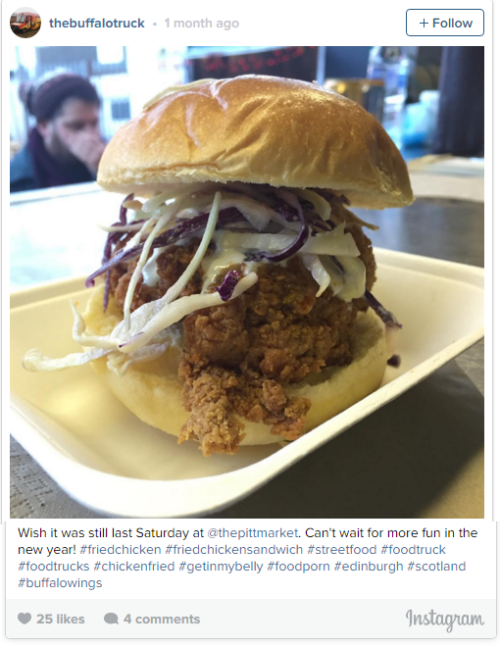 We caught up with the pitt guys to find out more…

What kinds of food and drink will be on offer?

“The spring sessions at ‘the pitt’ will be about honing the event and testing some new and exciting ideas.

‘Expect to see some brand new food traders from across Edinburgh and Scotland. You may have already seen that the Big Blu Pizza Van, doughnut experts Love Crumbs and BBQ aficionados Jones and Son will be joining us in February. But keep your eyes peeled on social media for more updates.

“As far as drinks are concerned we’re very excited to say that Smith & Gertrude, Stockbridge’s innovative wine & cheese bar, will be providing their services from a bespoke stall. ‘the pitt’ spirits bar will be curated by the very talented guys at Solid Liquids; the organisers behind the very successful Juniper Festival.

“Barney’s Beer will be our resident beer tuk tuk and will help us bring in a variety of other local brewers through the year. The Bearded Barista is going to be our resident coffee man. With his unique bicycle set up, he’s the perfect fit.”

Will there be additional music and entertainment again?

“Still to be announced…. we cannot give everything away at once; but it promises to be a bit different to you’d expect.”

We’ve heard some talk of a street art element?

“We’ve got such a unique venue and although we love the white-washed walls that we currently have we’re going to get some local graffiti artists to give them a make over. Look out for further details and a chance to help us make a decision on the art getting done.”

Is the ambition for the pitt to become a permanent fixture in Edinburgh’s foodie scene?

“The next four Spring sessions our to experiment with the concept and gain feedback from the public. Then our intention is to have a session every weekend through the summer. We believe the demand is there and we know the food traders are.”