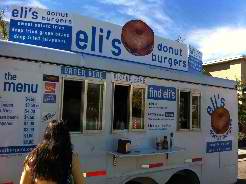 The kids were at Grandma and Grandpa’s this weekend. Everything was under control at work. My wife and I could have gone anywhere, done  anything…so we decided to strip wallpaper and paint the upstairs bathroom. Before starting the job, I made the requisite trip to the paint  store where I came across a painter’s tape I had never tried.

My background as a marketer in the consumer packaged goods industry has left an indelible mark on me – I’m a label reader. Who manufactures this product? What claims are they making? Would their target consumer really care about this feature? As I was reading the package, another customer (a professional painting contractor) said to me, “I’ve been painting for 20 years and this is the best tape I’ve ever used.” And as he walked away he said, “That tape makes me a better painter.”

That last comment struck me as the single most powerful product endorsement I have ever heard. What more could you ask for from a product or service than for it to make you better at what you do, especially when it is what you do for a living? I can’t imagine a more resonant, ownable point of difference. Would such an on-pack claim hold legal water? Maybe not. But delighted customers are worth far more than any on-pack claim ever could be. Claims may buy you trial, but delighted customers earn you repeat – the key to long-term success in the marketplace.

At the core of any consumer promotions strategy is the concept of frequency and reach, i.e. how many people receive the message and how often. Despite the power of the message I heard in the paint store, its impact will be limited given that it reached only one consumer, one time. Imagine this conversation happened on Twitter instead, reaching hundreds if not thousands. This represents not only the power of social media but also what puts fear in the hearts of many a marketer as they cede control to consumers.

As a small business owner, I have decided to live and die by the social media sword. Eli’s Donut Burgers, a food truck that frequents fairs and festivals, quickly gained a following on Twitter and Facebook. The social media interaction was positive until an influential food magazine shared a decidedly negative review of my product on Facebook and Twitter. I could have ignored it and hoped the post would go largely unnoticed. Instead, I retweeted and posted the article on Facebook for all my followers to see.  The result? My customers loudly voiced their disagreement with the food critic. What could have been a wholly negative social media experience was neutralized and perhaps even turned into a positive one.

As another example of understanding the power of social media – but not attempting to control it – the American Red Cross recently tweeted: “Ryan found two more 4 bottle packs of Dogfish Head’s Midas Touch beer…when we drink we do it right #gettngslizzerd.” As it turns out, an employee tweeted this while she THOUGHT she was logged in to her personal Twitter account.  Rather than attempt to hide  from the tweet, Red Cross tweeted “We’ve deleted the rogue tweet but rest assured the Red Cross is sober and we’ve confiscated the keys.” In my opinion, this was a fabulous response. And apparently others agree as the Red Cross reportedly experienced an uptick in donations following the incident.