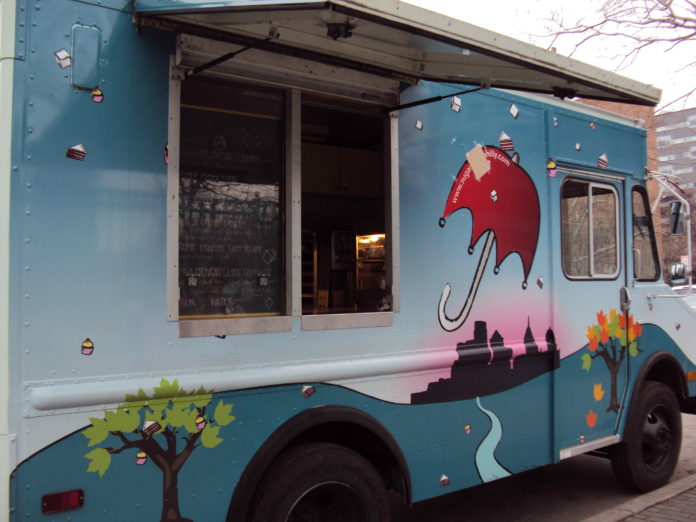 Did you really think that TEDxPhilly would go down today without somehow incorporating the city’s thriving food and restaurant scene into its exchange of great ideas? Well, it’s not. Zahav, Xochitl and Percy Street mogul Michael Solomonov and Victory Brewing Co.’s Bill Covaleski are among the event’s distinguished speakers.

The real foodie action will be on the streets in front of the Kimmel Center as a veritable convoy of food trucks pull up to feed the conference’s hungry participants. In what’s bound to be the best showing of munchie mobiles since the inaugural Night Market back in September, trucks such as Honest Tom’s Tacos, Melange Tea Cart, Mojo Gourmet Coffee and Sugar Philly will be pulling up curbside on Broad Street between Pine and Spruce throughout the day and into the evening. [TEDxPhilly]