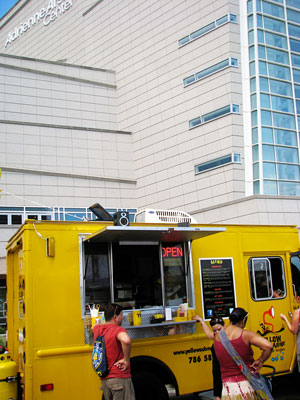 But after passage of the recent Miami-Dade food truck ordinance, which requires roundup organizers to pull permits, provide site plans and get written permission from local residents, Broward and Palm Beach locations might seem more promising.

Is this a new trend or just a way to expand horizons and investigate a plan B? We’ll just have to wait and see. In the meantime, there are two food truck roundups in Miami this evening, so don’t despair.