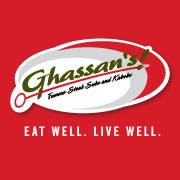 GREENSBORO – Ghassan’s Restaurant is rolling out a food truck this summer.

The truck will be called Ghassan’s On the Go – Mobile Mediterranean Eats.

The truck will offer some of Ghassan’s menu items such as their steak and cheese, chicken pitas, falafel, hummus pita, gyro, tabouli, fries and Lebanese salad.

“The food truck will be a fun way for us to introduce new foods to our menu as a test market,” says Lina Fleihan Urmos who manages Ghassan’s catering and marketing.

“We will have vegetarian and gluten-free options to cater to those needs as well.”

His ancestors are the ancient Phoenicians, well-known as great traders of the sea, always sailing toward the unknown.

Ghassan’s has been serving Mediterranean-style food since Khaled and May Fleihan opened the first restaurant on High Point Road in 1975.

There are now four locations of Ghassan’s in Greensboro.