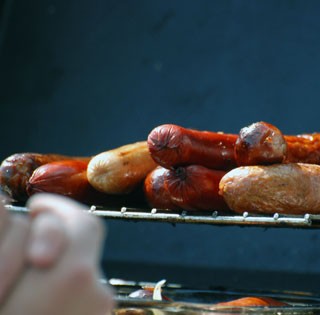 The City of Kelowna is changing the rules by which contracts are awarded to certain on-street food vendors.

City Council has agreed to remove the `right of first refusal` clause as well as the locked in license fee ($100 per month) in order to develop an expression of interest bid package.

He says the competitive process is hampered by the current bylaw.

“When we do a competitive process, how much people are willing to pay for the business opportunity is a part of the evaluation process. Right now you are restricted to pay $100 per month by bylaw,” adds Forbes.

“The other part is that, for some reason, the bylaw also has in place a ‘right of first refusal’ for any future utilization of those spaces. If you were the first person that got this 10 year ago, you have that vending space forever.”

Forbes says there is no competitive process.

“There is no way for us to see if there are other people who want to come in.”

The City has made bid packages available for vending spaces in City Park as a result of the fire and a new food vending space at the Queensway bus loop.

“We issued that bid package on Tuesday last week and we’ve already had 25 people pick up bid packages. There is quite a bit of interest in these kinds of opportunities.”

Forbes says the new bylaw will open up opportunities at three evening locations in front of the clubs on Lawrence and Leon avenues as well as two other locations on Bernard Avenue.

Dennis Rojem, who has been operating vending carts downtown for nearly 25 years says he has mixed feelings about the new process.

He says over time, the other four have been sold to new operators, something Rojem says should not have been allowed under the agreement reached at the time.

Rojem says those spots should have either been given to the next person on the list or put out to tender.

“I should be the only one left grandfathered, everyone else has changed hands, retired and gone elsewhere,” says Rojem.

“It was all done on a handshake and not having any paperwork to support it I’m looking at this tendering process.”

Rojem says on one hand he is not happy where the process sits but he does understand what the city is trying to do.

“I do understand the position they are in. They have to be accountable and without any paperwork to back that up I’m stuck in the crew. I’m heading into my twenty-fourth year down there, it’s what I do.”