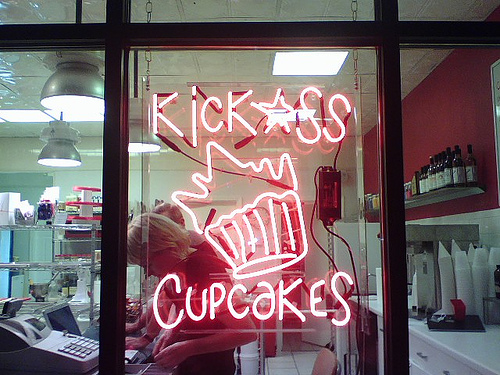 A little under a year ago, we reported that a cupcake bakery on the eastern edge of Somerville’s Davis Square had been looking to put a food truck on the road. Well, this spring it was finally getting ready to happen, but something happened that set things back a bit.

An email sent to us by CBH Communications indicates that the Kickass Cupcake truck was recently destroyed in a fire. The customized cupcake truck, which was planning to be at an MIT event earlier this month, was completely gutted both inside and out and appears to be a total loss, necessitating the need for a new truck, which is on the way. The email mentions that it is possible Kickass Cupcakes could have the truck on the road by the end of May if all goes as planned.

Kickass Cupcakes first opened in Somerville in the fall of 2007, featuring mini, regular sized, and extra large cupcakes in a variety of flavors. Their cupcakes had also been available at the Gelato Cafe on Linden Street in Wellesley, but the eatery closed down in the early fall of 2010.