Street food is moving on! It’s selling out! Oh, of course it isn’t. London’s street food scene is stronger than ever. However, you might have noticed a bit of role reversal going on; just as some of London’s restaurant chefs are stoking up new mobile food businesses, so the pot of London traders who have moved into bricks and mortar is filling up.

Last month, the brothers behind the Pizza Pilgrims van on Berwick Street market opened a restaurant in Dean Street. “The things dreams are made of,” commented a drooling twitterati. This followed another new pizza joint, Homeslice, whose background was in street-food markets and pop-ups. Before that, frozen yoghurt van Daisy Green had turned into a café operation in Marylebone, steamed bun specialist Yum Bunbecame a semi-permanent side-fixture at the Rotary Bar & Diner near Old Street and at pubs from Portobello to Camden other traders had begun doing “kitchen take-overs” and “residencies”. 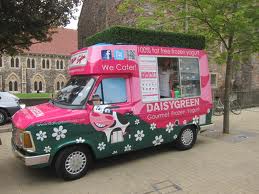 Emma Flather, restaurant agent for London estates at Davis Coffer Lyons, is part of the team responsible for placing the likes of American giants Balthazar and Shake Shack in Covent Garden, chef Florence Knight into the soon to reopen Polpetto, and now various traders, including Homeslice, behind four walls.

“The street food guys have a point of difference. They’ve a huge following because of social media, so when they set up they’ve already got a huge customer base,” she argues. Flather thinks food traders are “more exciting” and that the big brands in central London are “kind of boring … people want to go to the new thing”. Meanwhile, Kate Havenhand, senior surveyor at Harper Dennis Hobbs, who had never previously acted for a street-food retailer, says she is “hugely proud” to have done so for “such a small independent” as Pizza Pilgrims.

Richard Johnson from British Street Food — whose awards will be held on September 28/29 — has been advising the food and travel company SSP about traders who want to move into permanent premises. Some are lined up for King’s Cross before Christmas, with more BAA and Network Rail sites earmarked for 2014.

Pub-owners have spotted the potential for a little extra income and a new audience. At the Camden Town Brewery, Dalston’s The Shacklewell Arms, The Miller in Bermondsey and The Lock Tavern, The Lexington and The Black Heart in Camden there are rosters of daily-, weekly- or monthly-changing traders. Earlier this year, the vintage shop Beyond Retro allowed fried chickeneers Spit & Roast to park their van outside for two months, while Doodle Bar in Battersea, Dalston café 584 and Hackney’s Rotary Bar & Diner have hosted traders serving pizza, mussels and steamed buns. 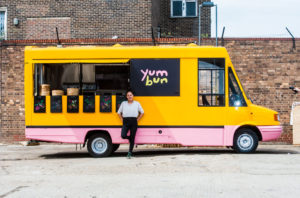 Billy Drew, former owner of The Endurance pub in Berwick street (just bought by Alan Yau) was an early adopter of residencies. He and his wife Kerry decided to open up their kitchen to emerging chefs, charging £150 a week to cover basic costs. In the past 18 months there have been stints by traders including venison-steak-bap sellers The Wild Game Company, burger purveyors Patty & Bun and, most recently, fried-chicken business Mother Clucker.

“For us, it allows the clientele who come here not to get bored. It enhanced the evening for us because of the food on offer,” explains Drew. “At lunchtimes we were busy five days a week, whereas previously we were only busy at the end. I only charge minimal costs, but if people come and then buy a couple of drinks, I get something.”

Some, with experience, hit the ground running — Drew says Mother Clucker “did amazingly well”, as did the “phenomenal Patty & Bun — that guy knew how to market himself”, but others can’t always get to grips with the unfamiliar, restaurant-style environment.

So are all street-food traders in testing mode for the real thing? “Some are happy to get on the road again. With a van, if you don’t get the turnover in one pitch, you can move on, whereas with a permanent venue you’ve got to pay for everything and I don’t think a lot of them have grasped that yet. You’ve got to stay and take on the bad and the good times,” says Drew.

Since street food became “trendy”, the question of whether this is the beginning of its demise has often been asked. But it seems that the step towards bricks and mortar is just an extension of the movement; those who have restaurants mostly still have vans.

For example, the idea for the MEAT burger outlets began when Yianni Papoutsis was selling burgers from a single van, The Meatwagon, in Peckham and it was only after joining up with pub-owner Scott Collins and running a successful pop-up together that they moved into the restaurant trade, now boasting a turnover of £9 million. 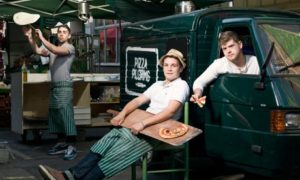 The same goes for Pitt Cue Co, that trailer on the South Bank that sold pulled pork in buns and pickleback cocktails under the Hungerford Bridge in the summer of 2011. Owners Tom Adams and Jamie Berger took on outside funding in order to open a small site near Carnaby Street in January 2012. The truck is still on the move, albeit at private events. There is Lucky Chip, still an E8 burger van but also a perma-resident at the Sebright Arms pub, and Patty & Bun, which has a permanent place near Bond Street but pops up occasionally at markets.

Those who have only mobile operations enjoy the freedom it allows them, as well as the opportunity to build experience. Ross Curnow from Mother Clucker praises the Endurance team, describing them as “the catalysts for where we are now”. He goes on: “Kerry gave me lots of helpful hints and tips and introduced us to people. Doing a residency, what was most beneficial was that we could rock up, we had a kitchen, and it was effectively like a six-week marketing campaign. Right now I envision our van, and getting everything properly working there and building the brand before doing the bricks-and-mortar thing.”

As it currently stands, street food has not sold out. Now, at least, supporters have a choice: they can eat under a roof and have a bench to sit on, or find a market and eat it on the hoof. That, surely, means it has stayed true to its roots.