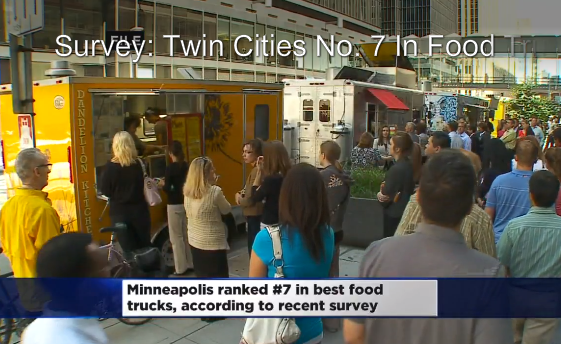 MINNEAPOLIS (WCCO) — The food truck scene is still relatively new in the Twin Cities, but that didn’t stop one survey from ranking our trucks among the nation’s finest curbside eats.

The survey from Merchant Cash USA ranked Minneapolis as the seventh-best city in the U.S. for food trucks, just behind San Francisco. They surveyed customers and foodies across the country to find out their favorite spots.

At the top of the list was Raleigh, North Carolina, followed by Portland, Oregon and San Antonio. Washington and Nashville rounded out the top five.