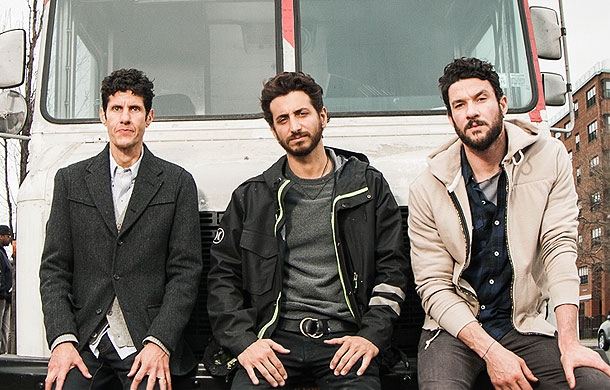 For the trio behind Rockaway Plate Lunch Truck–Mike Diamond (aka the Beastie Boys’ Mike D), celebrity chef Sam Talbot and designer/hotelier Robert McKinley–feeding locals left decimated by Superstorm Sandy was the easy part. The bigger challenge came in addressing the continuing needs of the economically devastated New York beach community by transitioning the food truck from a relief effort into a sustainable business and mentoring program.

Sandy left thousands of residents of Rockaway Beach in Queens–as well as grocery stores and restaurants–without electricity. Just days after the storm skipped town last fall, the traveling truck began serving up to 500 lunches per day of chicken, beans and rice, cooked by staff at some of New York City’s top restaurants, including The Spotted Pig, The Breslin Bar & Dining Room and The Fat Radish. “The first time we came out here,” says Talbot (who found fame on Bravo TV’s Top Chef), “we did the best we could to make it not so dreadful and dismal. We brought a speaker, played some hip-hop, funk. Every day it got a little better.”

What became clear immediately was that the need extended far beyond feeding the masses. “One of the main things that has not returned is prosperity,” Diamond says. Rockaway Beach, he adds, “wasn’t a thriving economy before Sandy, and it was really set back post-Sandy. You have all these businesses that won’t reopen.”

As the community settled into its new normal, the food truck continued its free service, fueled by more than $200,000 in donations. But when plans were revealed to reopen public beaches in time for the summer season, Diamond and his partners decided to transition the truck from a charitable endeavor to a business, staffed by high-school students who would sell hungry beachgoers an expanded menu cooked by the partner restaurants. Those same partners also signed on to train and mentor the teen staffers.

Out of the devastation has risen a way to educate potentially disenfranchised young adults and point them toward careers in food service. “It’s really about opportunity and access,” Diamond says. “We can find the people who are leaders and give them a chance at learning from our restaurant partners.” He notes that selected workers will shadow the restaurant staff, then “come back to [Rockaway] and work for the truck in a management position, and the rest of the community will see that.”

Also in the works is a community garden that will use compost from the food truck and, in turn, provide produce for the project. “We’re really trying to sow this seed that came from great devastation,” says Talbot, who’s already thinking about expansion. “Two years from now, hopefully there’s another Rockaway Plate Lunch Truck. Maybe it goes to another community that’s in need. No one thought we would take it this far–it just keeps going.”

Diamond credits good intentions for the program’s success as much as entrepreneurial skills. “Ultimately, nothing is more crucial or, for that matter, more sustainable or necessary than providing service for others, whatever that need is. When you’re acting in line with that, it’s amazing how much you can do.”