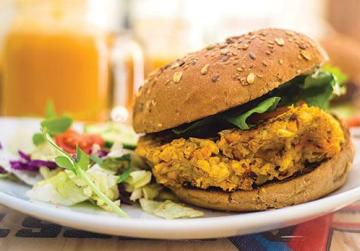 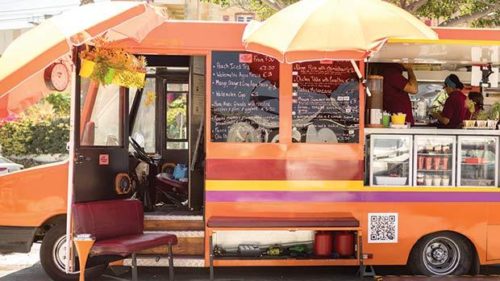 Another year of eating and writing has come and gone in a flash and, as is now customary, here I am looking back at the highlights. Some disappointments spring to mind as well but on these we shall not dwell.

As is also quite usual at this point, I do my best to see the year as a blur and this helps me figure out what characteristic dominated the trail of dirty dishes I’ve left in my wake. For years, this has been a variation of the theme of ‘poor service’. No matter how much I eat out and about, regardless of the skill I encounter in the kitchen, we have yet to understand that service is an art as much as it is a science.

What’s worse about service is that restaurateurs across our islands fail to understand its impact on their bottom line. And herein lies the irony. The biggest failures I’ve encountered are those where the restaurant was set up with profit as the only desired outcome. A person, or group of persons, with a pile of money decide that a restaurant is the best way to make that pile grow. So they recruit the best chef they can get their hands on and think they’ve hit the golden goose.

When the affair fails, and it almost always does, they ask themselves why the initial flurry of popularity dwindled into a slow stream of unsuspecting passers-by. Poor service, mainly. As a patron, I’m in constant contact with the front of house and this team shapes and creates my experience. So chucking people there on a miserable wage and hoping for the best won’t work.

Feeding them scraps as opposed to introducing them to every item on the menu doesn’t help them entice patrons. And the list goes on – this is not meant to be a training manual after all – and will continue to grow for as long as service remains a woefully neglected component of the dining experience.

This year, however, another shape rose through the collective memory. And the shape is roughly rectangular and has four wheels stuck to it. Because it many ways, this has been the year of the food truck. 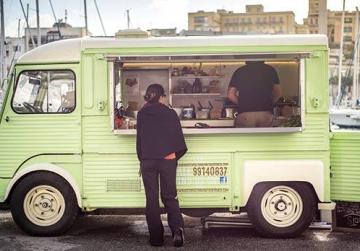 Ever since I can remember, the food truck turned up at the village festa and served boiled hot dogs, cardboard burgers, and soggy chips. There’s something about that grey burger patty and its unique blend of pork fat, rusk, and commercial flavouring that creates a memory stretching all the way to a childhood. A childhood when it was as normal to eat rubbish as it was for a 10-year-old to (legally) buy fireworks in the street. And, I’m not sure which of those purchases put our health at more risk.

There’s been a steady improvement in the quality of food trucks however and this year saw quite a sharp increase in the quantity of food trucks with much more inspired ambitions. And in most cases the difference is dramatic. It’s like the phase of incremental improvement was skipped altogether. We’ve gone from garish neon lights, frozen meat, month-old oil in the fryer, and a menu where everything includes ‘+ chips’ to wonderfully hip vehicles, menus that include words like ‘quinoa’ and smiles all around.

So, while the rest of the restaurant business is making tiny, little changes on the way to improvement, as they struggle to bring patrons to their doors, as they compete with one another without bothering to strive for real differentiation, the food truck just opened the garage door and quite cheerfully drove to wherever they knew people would be lining up for good food.

A truck is a very small place, too. So the kitchen must be compact and the menu focused. There’s no room for error and, with this level of patrons, plenty of demand for healthy, inspired food.

Out of nowhere sprang The Grassy Hopper, with a selection of vegetarian-only dishes that felt almost too accomplished for a food truck. So accomplished, in fact, that the genius behind the outfit reverse-engineered the process and created a proper bricks-and-pallets restaurant.

How brilliant is the notion of testing your process on an itinerant form of restauration and then applying that to the ‘real thing’?

Apparently, it is quite brilliant. The next truck to pop up without warning and chuck an accomplished Asian kitchen at us with a healthy dose of inventiveness and good cheer was Kuya. As we all do, I remember my first time. There I was, all alone, hungry and craving excitement.

What could this truck, with a slightly wacky paint job and a very keen-looking chef, possibly have in store? Well, within a week I’d tried to taste my way through his menu. Like The Grassy Hopper, Kuya then applied the formula to a more permanent location in St Julian’s and they retained their keen pricing and ever-shifting menu. Because they’d tried it and it worked. Just try booking a table if you have any doubts.

The stretch of seafront in Ta’ Xbiex has attracted more food trucks than any other location I can think of. The neighbourhood houses a bunch of offices filled with people who work in Malta but were born in countries where tasty, healthy, and inventive food are actually part of the culture. And so, a market was created, one that could be satisfied by driving to it.

There’s German sausage by those Bavarian guys who are as good at preparing Bratwurst as they are at making everyone feel welcome. If the slogan on their shirt doesn’t make you smile, the huge personality of the person serving you will. And, if you’re so grumpy that neither will do, then just bite into the result of their hard work and smile a little on the inside. If German won’t do, there’s normally a truck serving Swiss sausage just a few metres away. 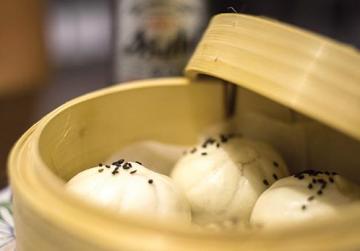 Then, there’s Roots, with its fabulous, old Citroen van. I know this is besides the point of a food column, but Roots does get my vote for best vehicle. The food is hard to beat, prepared fresh every time and well worth the slightly longer wait that this effort takes. Of course, I could get falafel that’s been prepared a while ago. But does it taste as good as a pistachio or beetroot falafel that is made while I watch?

Possibly one of the most varied menus is at my next contender for best vehicle – the lovely orange van that plays host to Eat Street. Clearly passionate about kitchens across the world, this little chef/service team changes their menu with a comforting regularity and pop in delicacies that actually need a little country flag next to them to show the sheer breadth of their inspiration.

And you know that the kitchen is bordering on obsession when they carry their own Tandoor oven around with them to make sure that moving their kitchen to a van does not leave anything out of their marvellous equation.

What these all have in common is that they have short-circuited the restaurant model. This model usually depends on two teams – the kitchen and the front of house – but the food truck rolls these into one. The personality of the chef is not only expressed in his or her food. It is laid bare, with all those who walk up to the truck because, in most cases, it is the chef who is directly handling service. And this is as important a component of the success of this model as any other.

With this observation, the year of the food truck comes to a close. With it, I put over a thousand meals to rest and look forward to at least a thousand others that 2016 will surely put on my table. And to paraphrase the car sticker, I wish you all what I wish for myself – a year of culinary delights, of pleasant surprises and new experiences and one during which we’re hopefully treated to better service than ever before.

So please do raise your drink, imagine a polite chink of glass and take a sip of your favourite tipple. I’m sitting behind a keyboard doing the same. Cheers!