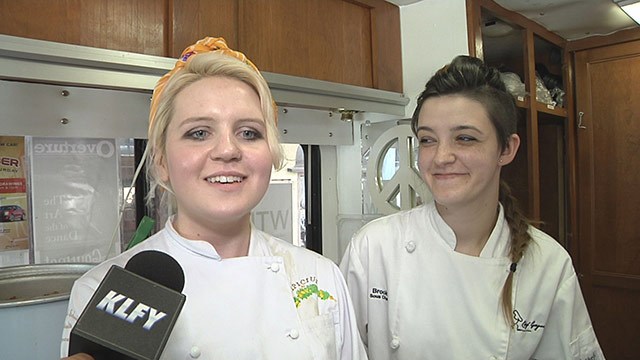 New Iberia food truck vendors will be heading to city hall next week. Vendors said they’re losing money and they have city council members to blame.Food truck vendors Ashley Maillet and Elizabeth Shensky have been throwing out their gourmet coffee and European pastries every afternoon. Not from a lack of customers, they said, but lack of support from the city of New Iberia.  Compared with traditional restaurants that can set their own hours of operation. Food trucks in the City of New Iberia, according to an ordinance adopted last year, can only operate between the hours of 10 a.m. and 2:30 a.m.“[The ordinance has hurt sales] tremendously. About ninety percent of sales. I’ve invested a lot of money into this business,” said Maillet. Maillet, 24, said coffee, cups and equipment have cost her about $1,000. She began selling her gourmet coffee out of Chef Gregory’s food truck on Iberia Street last week. After three days of selling coffee and pastries before 10 a.m., she and Shensky, 19, were told to stop.“A local business owner around here called in and he called one of the council members,” said Shensky. It was city Councilwoman Natialie Robin, who drafted the food truck ordinance.“I didn’t want to disrupt the regular work flow and the business people who have had businesses here forever with too many trucks being parked out here in the morning and setting up too early,” said Robin.  Councilwoman Robin said a public meeting will be held to discuss changing the ordinance and the food truck hours of operation.The meeting will be on Sept. 2 at 5:30 p.m. on the third floor of city hall.