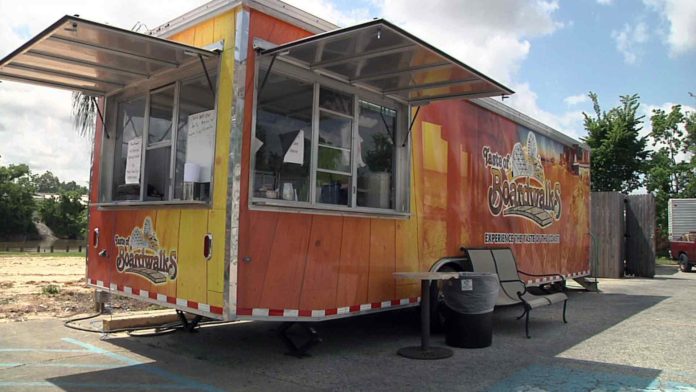 It was an Abbeville staple for over 30 years and back in September, the Riverfront restaurant burned down. Earlier this year, the owners bulldozed the building. But for the last month, they’ve managed to take the business into a new direction.

Roughly eight months after a devastating fire, Riverfront is starting to feel like normal again. Except this time, instead of a sprawling kitchen, they’re cooking on wheels. Their food truck is the first of its kind for the area—a unique way to keep the fire going.

And it’s not been easy to get this operation going. But now it’s a real food truck dining experience with a full menu, complete with riverfront views.

“It’s been a roller-coaster ride,” said co-owner Brian Rush, “There have been a lot of ups and downs, but we’re coming out strong.”

And serving around 100 lunches per day it’s safe to say its popularity is catching on.  Despite the setbacks Riverfront has faced since the fire, a new business venture they never expected has risen from the ashes. “(The food truck) is very versatile. You know, there’s festivals, catering, all kinds of stuff,” said Rush. “We see a lot of opportunity with it.”

And there’s still plenty of opportunity as the summer draws near. LeBlanc says the fire did not put out the fun. “We have a lot of options. We may have bands here once the grass grows in where the riverfront used to be. It will be fun,” said LeBlanc.

Rush and LeBlanc say they will be rebuilding at a different location about two miles upriver. It’s supposed to be completed by the end of the year.