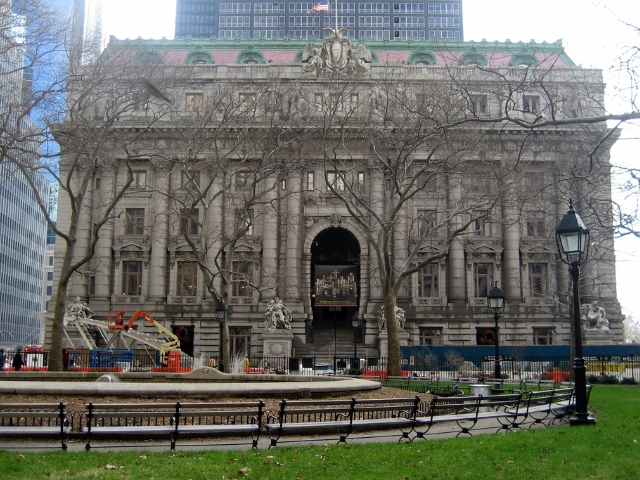 FINANCIAL DISTRICT — Bison, frybread, tamales and more could be on the way to Bowling Green this spring, thanks to what may be the city’s first Native American food truck.

The truck will park outside the National Museum of the American Indian, to give visitors a more direct experience of the native cultures on display inside.

“We wanted to bring the cultures alive through food,” said Ann Marie Sekeres, spokeswoman for the museum. “We thought it would be a fun way to engage tourists and local residents.”

The museum approached the Parks Department with the idea, and the city released a request for proposals last week soliciting food operators. Smithsonian Enterprises, which runs the museum’s gift shop, will likely apply, but the food truck will be run separately from the museum, Sekeres said. 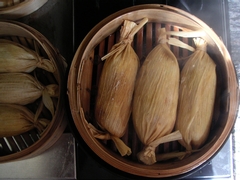 Tamales are just one example of the native foods that could be served in the new food truck. (Flickr/Big Rick Crappy Photos)

The museum focuses on all native cultures in North and South America, and the food truck will be able to choose from that diverse array for culinary inspiration.

The Parks Department’s suggestions include arepas and ceviche, along with traditional ingredients such as pumpkins, yucca and venison.

If the food truck wants to stay loyal to the original inhabitants of Manhattan, it could focus on oysters, which were once a local staple, Sekeres said. Native tribes in the northeast also relied on the “three sisters” — corn, squash and beans — which help each other grow when planted together.

Proposals are due back to the Parks Department Feb. 25, and Parks hopes the truck could open by spring or early summer. The truck would likely operate five days a week, leaving Bowling Green open to the farmer’s market the other two days of the week.

The city is looking for operators that offer affordable, healthy food and have environmentally friendly plans. The truck may place seating on Bowling Green and apply to serve alcohol in an enclosed area.

This is the first time the Parks Department has ever solicited a Native American food truck in a park, a Parks spokesman said.

Sekeres said she did not know of any restaurant or food truck in the city that featured a broad geographic spectrum of native dishes.

St. George, UT: Truck Serves Up Corn Dogs, Even in the Freezing Winter