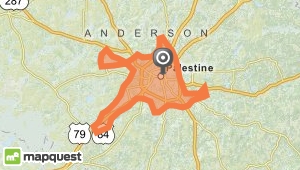 Meals On Wheels of Palestine, which serves Anderson, Cherokee and Rusk counties, is purchasing a new truck for use in delivering meals and is selling advertising on the truck to help pay for it, according to an announcement the agency issued.

Meals on Wheels of Palestine delivers an average 750 meals five days per week, 251 days per year, from its kitchen in Palestine to Jacksonville, Frankston and Henderson in a specially built, heated and cooled truck.
The truck is designed to get the hot foods to each site at 160 degrees or more and the cold food at 40 degrees or less, which is mandated by state and federal law, for safety sake. The truck has been in service since 2005 and has more than 250,000 miles on it.
The truck has begun to show wear and tear, with mechanical problems, Lois F. Durant, executive director, said. Because of this, the Meals On Wheels Board decided that it was time to replace the vehicle because of the worry that if the truck were to break down, the agency would have no means to deliver the meals to the other sites, Ms. Durant said.
Companies were located and bids were received for a new truck. The winning bid came in from Hotshot by Delivery Concepts of Bloomingdale, Ill. The cost of the new vehicle will be $50,306, which includes the specially built heated ovens and refrigerator units, and delivery.
Selling the old vehicle will bring the cost down, but Meals On Wheels still will need help paying for the vehicle, Ms. Durant said.
The old vehicle was purchased with local funds and with help from the Area Agency on Aging of East Texas. However, Meals On Wheels is being told there is no funding available from the Area Agency on Aging at this time to help with the purchase, Ms. Durant said.
Therefore, the board has come up with the idea to sell advertising on the truck, Ms. Durant said. Companies or individuals will be able to purchase advertising or sponsorship space on the truck for different amounts. The larger the sponsorship amount, the larger the space. Spaces will start at $500. The campaign will cover all three counties.
Meals On Wheels board members will begin contacting businesses and individuals in the next few weeks. Some space already has been spoken for, so the sooner a person or company makes a decision for sponsorship, the better it will be able to choose its preferred spot, Ms. Durant said.
The new 2013 board for Meals On Wheels will begin serving on Jan. 1 includes Klaus Kuehl, president; Rhonda Herrington; vice president; Bob Beck, treasurer; Letha King, secretary; and Jane Kenderdine, Tome Nell Gregg, Barbara McGuire, Brenda Beasley, Carolyn Riley, Ken Owens, Kevin Watts, Jo Green, Sharon Grizzle, Robb Stewart, Linda Chaffin and Karen Richardson. Each board member will choose which business or individuals they will call on. Bob Francis of Jacksonville and April Johnston of Palestine have left the board but also will help with the campaign.