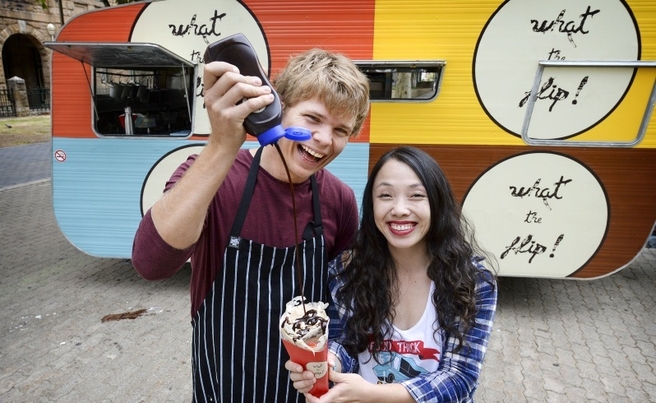 Now in its second year, the food truck event is part of the month-long food and beverage festival Eat Drink Perth and gives foodies an opportunity to feast on everything from dude food to soul food.

Food Truck Rumble founder Ai-Ling Truong said support for the event had ensured its success, with the number of trucks involved nearly double that of last year.

“The event showcases and celebrates what’s happening in the food truck industry in Perth and its growth, plus it’s 100 per cent West Australian, which is amazing,” she said.

“People are hungry for it and they really embrace new things. The support from the community shows those involved in the food and beverage industry that what they’re doing is valued.”

WA has about 70 mobile food and beverage vendors, with 30 of those preparing to feed the masses at the rumble.

Musicians and a break-dancing competition will keep the crowd entertained.

“It will be an amazing combination of street food and street dance,” Ms Truong said.

Food Truck Rumble will be held from 11am to 8pm on Sunday. Eat Drink Perth runs until April 24.