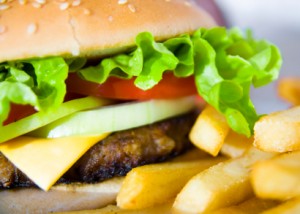 When JD Sutphin was growing up, he and his family all used to order the same thing at Troutville’s Greenwood Restaurant: cheeseburgers. His fond memories of family bonding over the classic American meal sparked the idea for Big Lick Burger Fest, an event coming up this weekend in Roanoke.

For this inaugural festival, local restaurants and food trucks will gather to compete in three competitions: Best Overall, Best Classic Burger and Anything But Beef.

Sutphin, a musician and president of the event’s organizer, Big Lick Entertainment, described the Burger Fest as “one big backyard burger barbecue.”

Big indeed. The event will feature food from at least 11 eateries, as well as craft beer, wine, live music by the Floorboards and Aside Oceans, and an activity area for kids.

Because the City Market Building serves as a place for the community to come together and share a meal, Sutphin sees this event and the organization as the perfect pairing — just like burgers and fries.

For those who don’t like cheeseburgers, there’ll still be something tasty coming off the grill at the festival, including black bean burgers, cheeseburger pizzas, taco burgers, seafood burgers and more.

“If you’re a vegetarian, pescatarian or you don’t eat beef, we’ve got you covered,” Sutphin said.