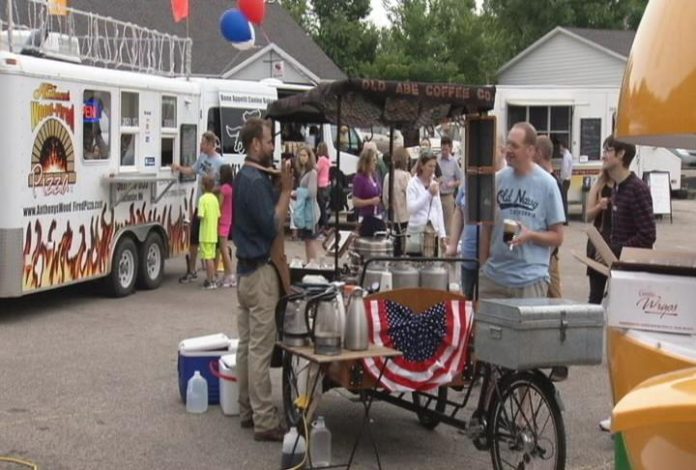 ROCHESTER, Minn. (KTTC) – Food trucks could be pulling up to the curbs of Rochester this summer.

It’s been a hot-button issue that Rochester City Council has been discussing for months and has many residents’ mouths watering.

The subject of allowing food trucks in Rochester has been sparking debate throughout the community between those opposed and those for the idea.

And after learning the results of a recent survey on the subject, City Council may just be ready to give them the okay.

“Well it brings a vitality that we probably don’t have, in that regard. because people do look forward to it,” said Rochester Mayor Ardell Brede.

With food trucks, it’s all about quickness, convenience, and variety.

“More options for all of the people visiting here and it’s great because there’s not a lot of late-night options and I would imagine that would add to those,” said Ryan Tator, a manager at Victoria’s Risorante & Wine Bar in downtown Rochester.

A survey given to about 2000 Rochester residents, business owners, and visitors, shows 80 percent find the trucks “very favorable”, and 92 percent would frequent them, should they set up shop in Rochester.

“When you think of when we have Thursdays on First or Rochesterfest, a number of people flock over to that,” said Mayor Brede.

In the past, many brick and mortar restaurants have opposed the idea of food trucks.

“You may see a small dip in numbers from time to time, being as there’s more options, but that’s just with everything,” said Tator.

“We have a set and established clientele. I don’t think we’re going to have them running off to food trucks so regularly that it’ll hurt our business,” said Tator.

City Council members have a number of zones, or areas to allow a block of food trucks, in mind.

“I think Central Park. You’ve got picnic tables there, you’ve got a little gazebo there, you could have music there everyday, too. It’d be great,” said Mayor Brede.

So, with a survey full of positive feedback, and some locations in mind, what could stop this from happening?

“I don’t know what should stop it. We should just get it done. We should resolve it,” added Mayor Brede.

The hope is to make a decision about the future of food trucks in Rochester at the March 21st City Council Meeting.