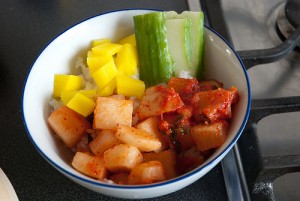 Interest in sustainable food continued to rise in 2012. This year, technology and food collided,leading to more startups entering the space, a variety of studies on the impacts of genetically modified organisms (GMOs), and even vat grown meat. We also delved deeper into what “sustainable” food really means.

Read on for a roundup of highlights in sustainable food 2012!

It isn’t surprising that Silicon Valley has taken on the next frontier—food! We love local food and technology. What better way to do what we love than to build startups that bring delicious food to our door, connect us with local artisans and craftspeople, and help farmers to connect directly with retailers. Not convinced? Check out Vinod Khosla on why investing in food startups is so important.

On the science fiction end of the spectrum, there were a couple of breakthroughs in the development of “vat grown” meat this year. Though it isn’t quite consumer ready yet (one burger costs more than $10,000), scientists have made tasty specimens. Work continues to produce cost effective, reliable options for omnivores that don’t harm the planet or the animals themselves.

GMOs also made headlines in 2012. Here in California, we saw Proposition 37 on the labeling of GMOs fall to an influx of cash from big food companies. A French study on the long-term effects of GMOs suggested that some of them might cause tumors and lead to early deaths in female rats, but came under fire as scientifically unsound. The Food & Drug Administration found differently in a draft report released recently on the safety of GMO salmon, making it likely we’ll see it on supermarket shelves in the next couple of years. Hopefully 2013 will bring more clarity on the long-term impact of GMOs on our health and on the environment.

The Social Side of Sustainable Food

Buying local has long been a maxim of sustainable foodies, in part because of the impact on local economies. But is local really enough? In 2012, there’s been growing interest in how workers throughout the food chain are treated and paid. According to Mother Jones, only 13.5 percent of food workers earn a living wage. But they’re fighting back: on Black Friday, workers in New York walked off the job in a historic protest of wages and working conditions at chains like McDonalds, KFC, and Taco Bell. Hershey’s also came under fire for child labor in its cacao been supply chain, and controversies over farm workers in Floridaand California continued to escalate. For more on this topic, check out the Food Chain Workers’ Alliance, a grassroots NGO working to improve working conditions and wages in the food industry.

Interest in urban agriculture also continued to build in 2012. A variety of crowdfunding campaigns forhydroponic and aquaponic home products were funded successfully, signaling that consumers are ready to grow their own food at home. Coverage from the New York Times and Forbes further solidified urban agriculture as one of the hottest trends of the second decade of the twenty-first century.

No discussion of sustainable food would be complete without a few comments on what people were actually eating.

Food trucks once again continued to be of interest. In San Francisco, Off the Grid expanded to new locations and events, while the first permanent food truck pod (a la Portland) was built in SOMA. In fact, the Huffington Post argues that food trucks have become so ubiquitous that they have jumped the shark, citing recent entries into the scene from Rachel Ray and Taco Bell.