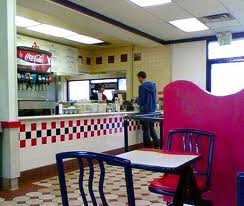 Rivas objects to two components of the proposal, which is now under consideration by City Council’s Committee on the Built Environment. Both concerns relate to food trucks potentially being allowed to pay a set rate to park on public property.

“They’re not requiring the consent of surrounding businesses, so there are parking issues and obstruction issues,” Rivas explains. “But the biggest problem is the way they’re setting the fee is not actually reflective of these spaces’ worth.”

“Any restaurant owner I’ve talked with has been very upset-slash-concerned,” Rivas says.

But Rivas says many restaurant owners aren’t aware of the proposal’s implications: “I’d say 90 percent have no clue,” he says. He’s launched a Facebook page to alert the restaurant community to his views, and has begun an informal conversational campaign to bring other owners on board.

According to Rivas, many “bigger folks” are hesitant to publicly voice opposition to food trucks, which have been hailed as economic saviors and embraced as totems of a creative community.

“They don’t want to look bad,” says Rivas, who feels freer to criticize the proposal because he owns a food truck.

“I’m one of those people,” he says. “So I can take my stand. What I’m hoping is I can generate a groundswell so this is done right.”