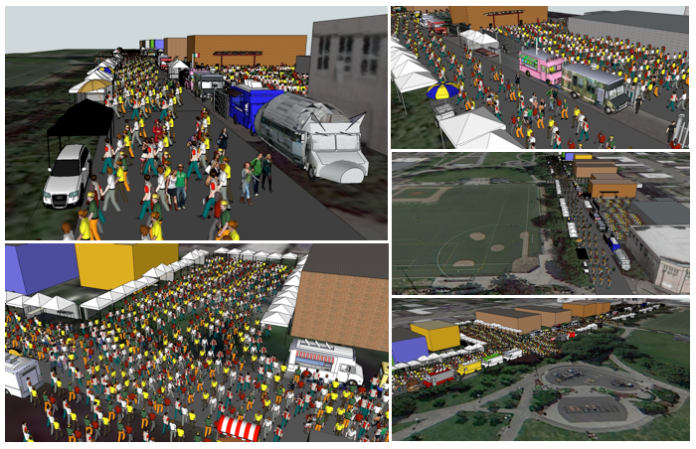 But don’t call it a food truck event, he says. “The whole concept of street food has been around since the beginning of time.” And Reiter also wants to showcase all the carts, booths, and other up-and-coming enterprises whose version of street food doesn’t involve four wheels.

The Seattle Street Food Festival will happen Saturday, August 10, from 3 to 11 and include more than 50 food vendors. Reiter doesn’t want to name names just yet, but says about 10 or 15 of these will be food trucks. “It’s an idea for this big food court that’s really more of an authentic bite of Seattle,” says Reiter. “There’s going to be a lot of diverse food.”

He’s envisioning a picnic-style setup that takes on a night market feel after the sun goes down; he’s been working with the Capitol Hill Chamber and Cal Anderson Park Alliance to nail down the proposed location on the park’s east side, along 11th Avenue between Pine and Howell streets.

The festival will also include a separate pop-up diner area in conjunction with the One Night Only Project, where brick-and-mortar chefs will be serving up family-style food. So far Joshua Henderson and Ethan Stowell are signed on to participate. (Skillet founder Henderson now co

nsidered a brick-and-mortar chef? How time marches on.) Proceeds will go to the chefs’ designated charities.

Keep an eye on the Seattle Street Food Festival website for ticket details and other specifics as they emerge. Also, the Mobile Food Rodeo returns May 5. Here’s the lineup and details.