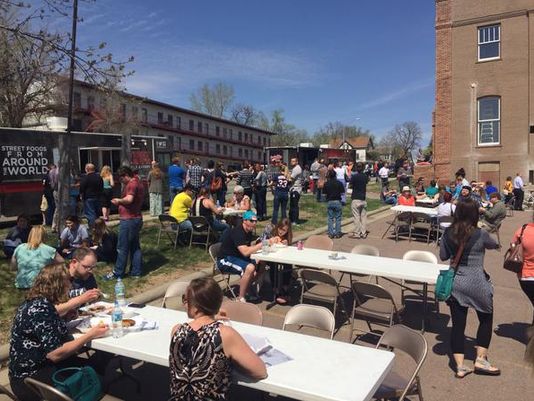 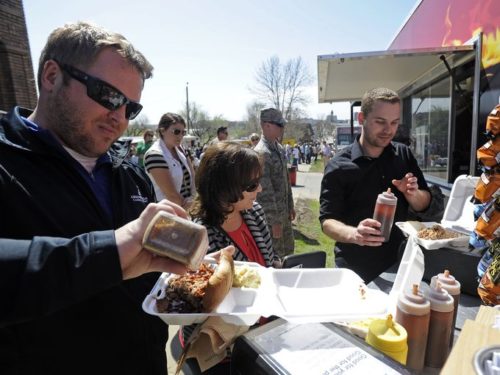 Seven food trucks lined the parking lot offering everything from barbecue and gyros to Asian dumplings.

At My Place Mobile Cafe, the menu included an eclectic mix of breakfast food, including a pancake lasagna that layered pancakes, sausage and green pepper.

“It’s crazy,” said Dustin Kuipers, co-owner of Squealer’s Smoke Shack, as he prepped pulled pork sandwiches in his truck. “We are very busy.”

The Bakery plans to open in May and offer a membership-based model that includes networking, office space and educational sessions.

“They keep asking if we will do it every week,” he said. “We’ll let this go through and then get online and start asking people.”

Each food truck had a steady line of customers.

“It’s good people want to participate and be active in community,” she said, surveying the crowd. “There’s a little bit of everyone.”