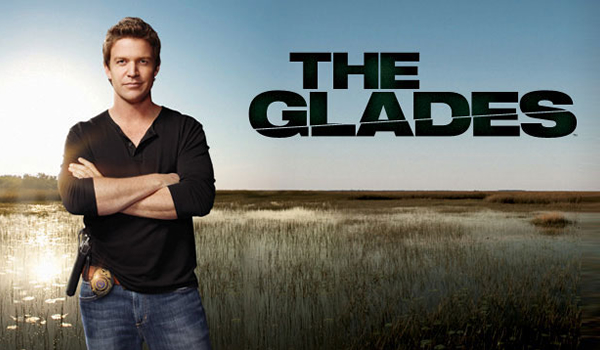 By Kristen Elizabeth | The Voice of TV

Lunch trucks took center stage in “Food Fight,” this week’s episode of The Glades, when the owner of a popular truck that Jim frequented was murdered in a staged robbery. Personally, I’m not a huge fan of lunch trucks, despite their growing popularity, because it seems like the minute you find a good one and get in line, you’re immediately told that they’re closing down for the day as soon as they take the customer who is standing right in front of you. It’s a cruel culinary joke, and I could see why it would drive someone to murder.

But the murderer turned out to be someone who disliked lunch trucks for a very different reason. After running through the usual suspects…the jilted owner of a rival lunch truck, the lying politician who was trying to legislate the trucks…Jim arrived at the owner of a family restaurant whose business was being run into the ground by the cheap and mobile food establishments. Not the lamest motive ever, but it was hard to see the woman who enjoyed waking up at four a.m. to bake bread taking a gun and shooting a man in cold-blood.

Because she was with Jim and Carlos when they found the body, bureau chief Stark spent most of the episode trying to observe Jim as he worked the case, but he proved to be a bit too wily for her. He doesn’t like partners, even ridiculously attractive ones, and no mandates or political nosy-bodies are going to make him follow protocols. He’s a detective, not a babysitter!!

Meanwhile, in Atlanta, Callie started to feel like she was right back in high school. Her new boss still doesn’t like her, but now it’s not just because Callie took the spot that was meant for her fiancee. It might have something to do with Callie showing her up during rounds by employing her nursing-fu to stick a patient. Doctors really don’t like that and while I get that Callie was trying to help, she really should have known better. Now the woman truly hates her, to the point of spreading gossip about how Callie got the job. I admired Callie for confronting her like an adult, yet again, she should have known that a woman who would resort to slander probably won’t be swayed by a mature conversation. Guess she better get used to the graveyard shift.

At least she has Jim who has no problem with dropping everything to fly up to Atlanta to keep her company. I know I’m not the biggest fan of this new arrangment, but the writers are doing their best to keep it consistent and interesting. I just can’t shake the feeling that Stark is there to do more than just observe. Happy couples are death to a TV show.

What did you think about the episode? Let me know below!