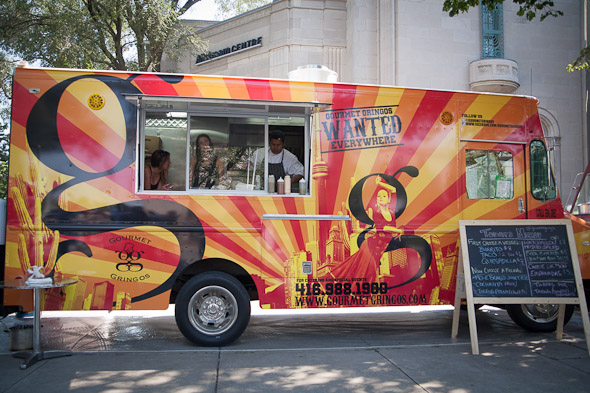 Toronto food trucks continue to grow beyond their four wheeled origins. Following in the footsteps of Fidel Gastro’s Matt Basile who will be opening a restaurant called Lise Marie in the old Prague European space in the coming weeks, popular food truck Gourmet Gringos will soon be opening their very own place at 1384 Bathurst near St. Clair.

Taking on the same name as the food truck, the casual fast food style restaurant will serve up the full Gourmet Gringos menu as well as some new vegan and gluten-free options including gluten-free burritos (made with corn tortillas), salads and the option to get fish in the fish taco grilled instead of deep-fried.

There will be no booze on the menu so the concept will be more “high-end Chipotle” instead of, say, La Carnita. The new restaurant will also serve as the truck’s catering and prep kitchen – a much needed space as the demand for their tasty Latin street food continues to grow.