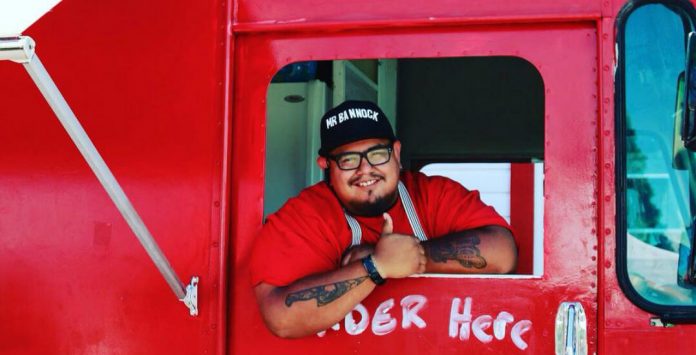 We can’t think of many things we enjoy more than sinking our teeth into a tasty handheld eat served hot from a food truck.

It’s practically a Vancouver pastime, it’s relatively affordable, and it offers a certain kind of satisfaction that you just don’t get during a sit-down meal at a restaurant.

Our city has an amazing selection of food trucks, each serving up something unique and wonderful. But what really adds to the charm is when the owners serve up an inspiring story alongside their eats. Squamish Nation chef, Paul Natrall, is one of these 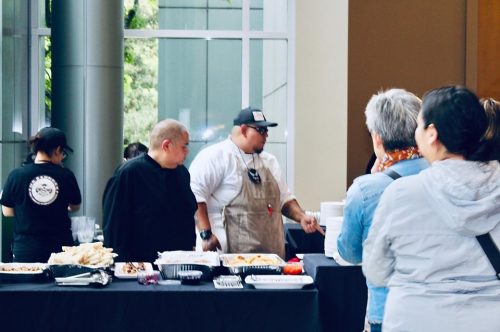 Natrall was born and raised in North Vancouver. His dad passed away when he was young, so he was raised by his single mother with the help of his grandparents.

He says he was very lucky to learn from his grandmothers, and spending time in the kitchen with them allowed his passion for Indigenous cooking to evolve. In 2018, the chef made history by launching Vancouver’s first Indigenous food truck, Mr. Bannock.

Already, Natrall’s passion for showcasing his food culture is taking his business from strength to strength. Earlier this year, Mr. Bannock became the recipient of the BC Indigenous Business Award’s Young Entrepreneur of the Year award. 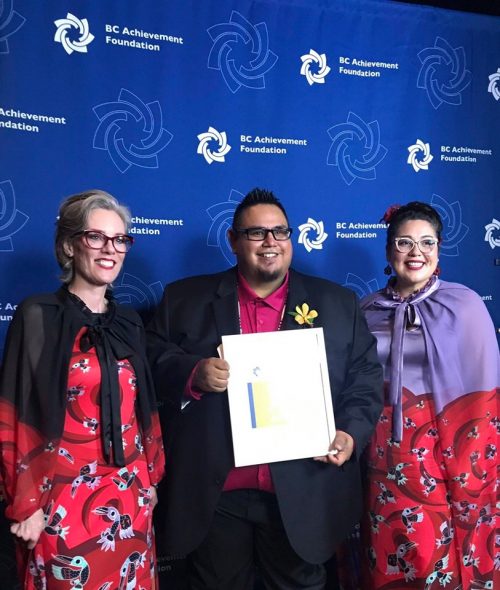 Aside from running the food truck, the team at Mr. Bannock does a lot of catering work; a typical day involves preparing various kinds of tacos and bannock burgers, smoked meat like venison, elk, and wild boar, as well as salmon. What really stands out is the ancient cooking methods Natrall and his team use, from clay baking and stone baking, to smoking with applewood and cherrywood. 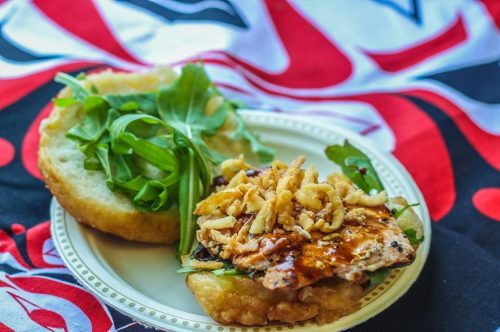 “We use other preserving methods such as pickling with red onions, as well as purple and golden beets,” Natrall told Daily Hive. “We had a few awesome dishes throughout the year.”

When it comes to the foundation of Mr. Bannock dishes, Natrall uses only local Indigenous ingredients — a recent dish even had watercress and dandelion!

The best-selling item on his menu? Well, the chef says it has to be the bannock. “We do a variety of things with bannock. We have the bannock tacos, we had a smoked venison taco, a beef taco, an elk burger, we had a beef burger with wild boar. The base is the bannock, but we use West Coast ingredients found here in BC.” 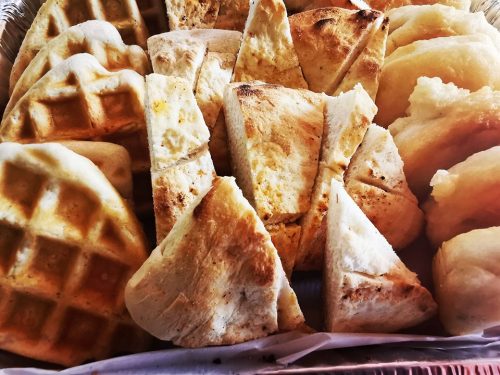 The most important thing to Natrall is being able to share the food of Indigenous culture. Having the ability to process customer orders efficiently is key as many people visit the food truck to quickly grab food during their lunch break. This past summer, Mr. Bannock was a feature at many big events, including National Indigenous Day at Trout Lake — where they served 2,100 people in three hours.

Serving this volume of hungry locals in a short space of time wouldn’t have been possible without Interac Flash. Natrall says it’s been a critical tool for his business. “Not only were we able to serve thousands of tacos from our food truck in our first year in business, but it’s helped us expand to city-wide catering and special events.”

Let’s face it, no one likes waiting in line, and Natrall has found that contactless payments reduce friction by keeping the lines moving and the customers happy. According to research conducted by Interac, 75% of customers have stepped away from an in-store purchase because of a long checkout line — this is something Mr. Bannock always strives to avoid. 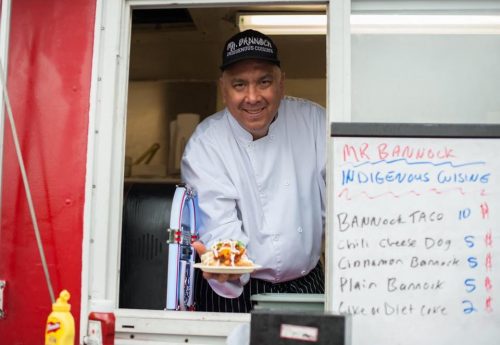 Natrall says the team is currently working on a new menu which will be dropping soon. Make sure to check out Mr. Bannock on Instagram to get the latest updates.

If you’re a small business owner like Paul Natrall and are interested in adopting Interac Flash for your customers, visit the official Interac website to find out more.

Vancouver, CAN: Is Vancouver street food really “too expensive”?