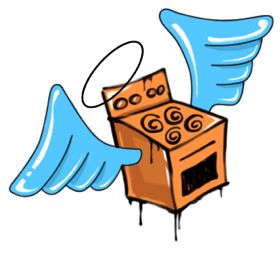 Brothers Jeff and Rob Schauf have recently returned to Wichita from Venice, Calif., to open the Flying Stove mobile restaurant.

It’s an idea they first planned to start in Australia but decided to try in their hometown first.

They’ve purchased a step van that’s now in Houston to be outfitted with cooking equipment. By late September or early October, they’ll hit the streets.

“We’re going to be on the move quite a bit,” Jeff Schauf says.

Social media will be a big part of how they get the word out about where they’ll be.

“That’s going to be our backbone, I think,” Schauf says.

The brothers hope to park their business at places such as bars that don’t serve food, schools, liquor stores and banks.

“We really want to team up with more like private businesses,” Jeff Schauf says.

He says catering and privates parties are options, too.

“The possibilities are really endless.”

Jeff Schauf, who owns a garden service in California and works in art departments for the film industry, says he has more of the entrepreneurial spirit.

The idea for a food truck came to him while he was on a surfing vacation in Australia.

“I was missing home, and I was really missing Mexican food. I was like, this place is badly in need of Mexican food. . . . They didn’t have anything like food trucks, either.”

“We sort of watched the food truck boom happen in our neighborhood,” Schauf says.

“There’s probably 400-plus gourmet food trucks. It just blew up.”

It was too expensive to pursue in Australia right now. The Schaufs hope to hone their business here and then take it elsewhere.

“We do want to do bigger things,” Jeff Schauf says.

They plan Mexican food, hamburgers and whatever else they feel like cooking.

Much of the food will be easy to eat with your hands.

He hopes to get back to the beach at some point.

“And maybe even Australia one day, but we’re focused on this right now.”