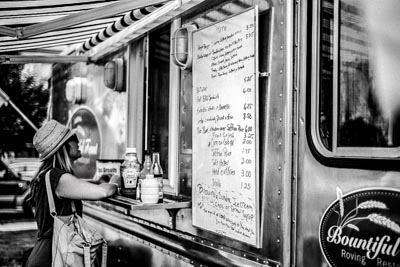 By Erin McCracken  |  Flip Side Blog

Food trucks have been all the rage in the food industry during the past few years. The restaurants on wheels — which usually pack plenty of style with funky names and unconventional eats — have become mainstays in big cities. The trend has yet to catch on in York since the city bans street vendors, which it says might take away from downtown eateries. But one local group is hoping to restart the conversation with a new event.

The White Rose City’s first food truck block party, titled Foodstruck, is slated for 5 to 9 p.m. Oct. 11 along North Pershing Avenue, between Market and Philadelphia streets. Right now, the site lists six trucks, which will serve spring rolls, crepes, burgers, souvlaki and other portable treats. There will be vegan and gluten-free offerings.

In addition to the food, there will be live music and pop-up vendors fromYorShoppes, a local retail incubator. Foodstruck was organized by food truck-loving York Countians, who hope to bring food trucks to more local events, including First Fridays.

Check out more about the food truck craze from ABC News: