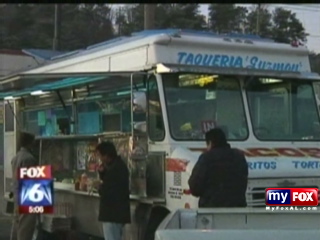 BIRMINGHAM, AL (WBRC) – The city of Birmingham is seeing a new type of restaurant pop up, but these eateries do not stay in one place for long. They’re called mobile food kitchens and are really popular in other parts of the country.

Councilmember Johnathan Austin wants them in downtown Birmingham. Mobile food vendors help generate revenue for the city through business licensing and sales taxes. There has been an increased interest in good, fast food in the last year.

Austin says he is looking into ways to help new vendors grow and operate responsibly.

“For instance, the city of New York has street vendors throughout the city. They’re everywhere but they have certain rules and laws that the city has,” said Austin. “We are looking at to maybe replicate those laws in the city of Birmingham so that it just provides more uniformity.”

Operation New Birmingham is sold on the mobile restaurant movement. They are working with the city to get some insight into the new guidelines that are being created.