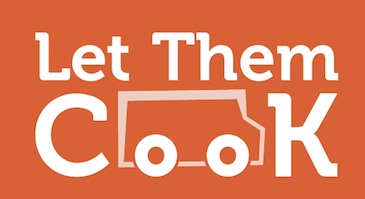 The fight over food trucks is likely to heat up in the coming months. The ban on cooking on trucks is being attacked, while many businesses continue to call the police when a food truck parks nearby. Online petitions call for new municipal regulations, and Chef/Restaurant Owner Paul Kahan announced last week that he’s thinking of going rogue and flaunting the law. The latest entry into the fight is Let Them Cook, a video petition that encourages Chicagoans to submit short videos declaring their support for food trucks.

Let Them Cook was created by Alex Levine, who also founded FoodTruckFreak. It’s a bit bare bones right now, but it includes several videos by food truck owners. It also throws down the gauntlet in a new and challenging way – listing the “friends” and “foes” of the food trucks in Chicago. Sadly, the “Friends” section is empty, but the “foes” section lists businesses who have called the police to eject food trucks. Could tracking these incidents provide a disincentive to businesses? Levine clearly hopes so.

Let Them Cook is also doing some giveaways through Facebook – mostly coupons for free food off of some of the trucks associated with the site. “The goal with Let Them Cook is to illustrate that the whole city is behind this change, not just a small, rogue group,” said Levine, who invites submissions from the community at large. If you’re in love with food trucks, submit your video (or a link to your video) to video@letthemcook.com.