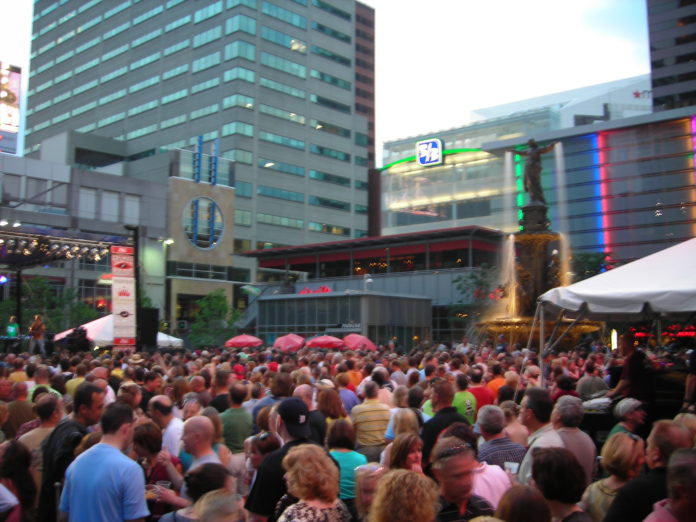 By STAFF | The Enquirer

Food service will continue on Fountain Square next year, but the permanent food tent will be eliminated, according to Chad Munitz, executive vice president of 3CDC.

“We are not ending food service on the square,” Munitz said. “Every year we evaluate how we do events on the square. We’re going to change some things going into next season, which will mean we won’t have a permanent food tent structure on the square.”

The Skyline Chili food tent — which serves Skyline and hosts spots for variety of local restaurants and food vendors — has for the past several years gone up in the spring and been taken down in the fall, just before the square’s ice rink is constructed.

Starting next season, planned events on the square will help dictate when food vendors will be present, Munitz said.

This year, the tent will be coming down a few weeks early to free up room to repair damaged granite and trees, he said.

Christy Samad, 3CDC’s communications officer, said, “This is not a complete elimination of food on the square. We will still have the Tuesday Strauss & Troy Market. (And) food will be back at some events, just not all events. We have also been working with the city administration on allowing Food Truck venders around the Square on both Fifth and Vine Street.

Corey Ward, one of the owners of Tom + Chee, the soup and sandwich stand on the square, said earlier Thursday that he had been told that his stand, and all the other food vendors on the square, need to pack up leave at the end of September.