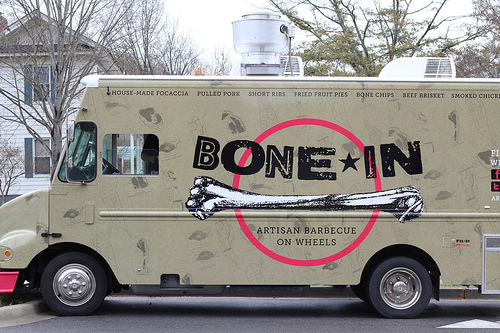 Columbia, SC (WLTX) – A new city ordinance would have parked food trucks operations, but city leaders say they have a plan to work it out so the trucks can stay on the road.

Scott Hall and the crew of Bone In BBQ On Wheels were busy Wednesday at the food truck food court in the parking lot of Cromer’s Peanuts in downtown Columbia.

“This time I got the pulled pork,” said Lee Drummond, who has eaten at Bone In before.  “I think this is some of the best BBQ around.”

The city ordinance requires food trucks to submit plans to the city on where they would park.  That would take away some of the unpredictability of the business model and hurt the operation, many of them say.

“It’s an unintended consequence of a much larger issue,” said Columbia

Mayor Steve Benjamin, who showed up at the event.

Benjamin said the ordinance was supposed to help cut down on illegal street vendors.

“We’ll figure it out, it’s not rocket science.  I think the crowd assembled today is indicative of the popular support that exists out there,” said Benjamin.  “The food’s great and we can get it done and get it done right.”

“I’ve had a lot of good conversations with everyone from the mayor to leaders on city council.  Everybody wants to find a good compromise and I think we will.”