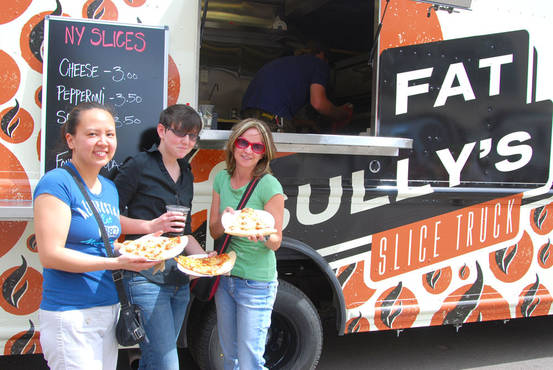 As Food Trucks Gain Popularity, Sparks Fly Over Where They Can Park

DENVER — They seem to have driven into Denver overnight, and now they’re everywhere.

There are so many food trucks, even the city of Denver doesn’t always know what to do with all of them.

These businesses are growing so fast there are constant questions about where they can and can’t park.

For example, they can’t park in the central business district in downtown Denver because of competing interests with established restaurants.

But while Civic Center Park is open to food trucks every Tuesday and Thursday, DelGrosso said areas like the banking district in downtown are off limits, which can hurt business.

“Some of the laws and codes that are written might be a little outdated,” he said. “I think they should look at changing some.”

The central business district currently off limits to food trucks extends from 13th Street to 20th Street and Larimer Street to Colfax Avenue and Lincoln Street.

“You know, that’s where sort of the heart of the city is,” said Max Morrow, owner of Max Lunch food truck.

Morrow has been in business for a 1 1/2 years. He said the industry has grown so fast, sometimes code officers don’t even know what the rules are. He believes the city should rewrite some zoning laws.

“I think it’s a win-win not only for the city collecting sales tax, but also for us as entrepreneurs to be successful,” said Morrow.

The city said it’s working on it, but it must protect existing restaurants.

“We all want free enterprise and we all want to be able to compete,” said Ann Williams, spokeswoman for the city of Denver. “But, we have to set some boundaries so that things are overall fair for everyone involved.”

“And as things change, we need to be able to change with them,” said Williams.

“We’re going to need some places around the city to park these things,” said DelGrosso.

There is a Food Truck Task Force that has met 10 times since January to handle all the food truck issues.

Food trucks are allowed on most city streets, as long as they obey posted signs and avoid loading zones.

Food trucks are also a new issue for police officers. Police say if an issue arises about where a food truck can and can’t park, officers will typically advise the food truck operator to move, but won’t issue a citation.