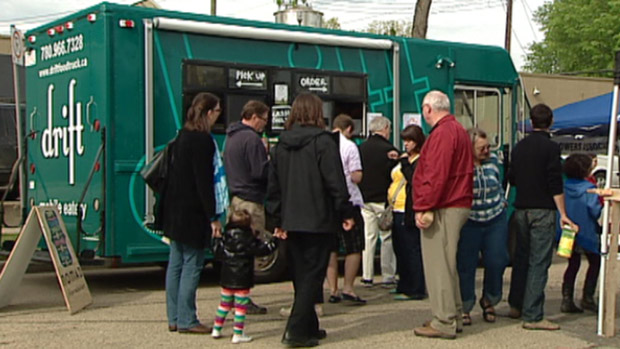 Owners were ordered to move after downtown business complained

The City of Edmonton is again allowing the Drift food truck to park near a downtown restaurant.

Drift owners Nevin and Kara Fenske were asked last month to move from their location at 100th Avenue and 108th Street because the nearby Grandma Lee sandwich shop complained they were taking away business.

The Fenskes appealed the city’s order. Not only were they granted a reprieve, Coun. Don Iveson asked city administration to clarify the rules for food trucks, which have multiplied in Edmonton over the past three years.

“We’re very happy about it and we’re happy with all the support and stuff we got from our customers and people writing the city,” Nevin Fenske said.

“There really are not that many rules in place as of right now especially for trucks … that’s really all we were actually fighting for and asking for anyways.”

The report from city administration is expected to be completed by September.