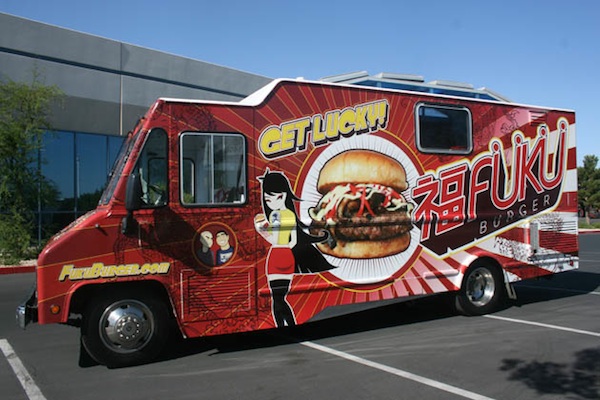 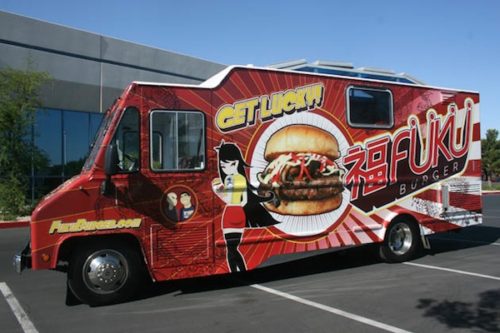 Ranked #19 on The Daily Meal’s inaugural 101 Best Food Trucks in America, Fukuburger is a destination in itself.

“Be Careful How You Pronounce It,” noted one headline announcing the arrival of Robert “Mags” Magsalin and Colin Fukunaga’s exotic burger and fry truck when it rolled into town back in 2010.

Just keep in mind that it’s a last name when you say the truck’s name out loud (who’s kidding who here, you know what you’re going to call it), and get ready to choose from a menu of just five burgers (and a chicken katsu sandwich) whose simplicity is said to have been modeled after In-N-Out’s approach of doing a few things really well.

They made enough of a splash in Vegas, and enough of an impression on restaurateur Harry Morton of the Pink Taco (and the restaurant-innovating family behind the Hard Rock Café and Morton’s Steakhouse chain) for him to team up with Fukunaga on a brick-and-mortar location in Los Angeles, where they’ve upped the ante by allowing customers to Sumo-size their burgers for $40 to 2 1/2 pounds of meat, bun, and all the toppings.