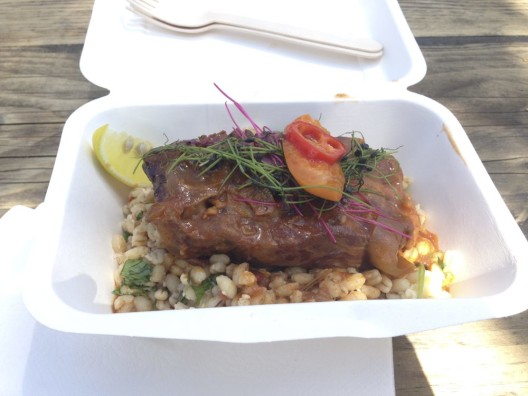 By Toby Allen  |  Now Here This 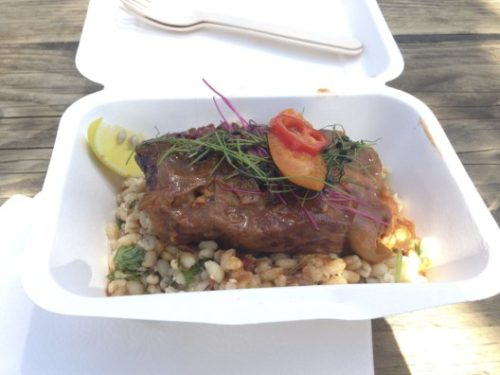 When you think of your average City property developer, what’s the first thing that comes to mind? Babel-like towers of gleaming glass and metal perhaps? Or maybe it’s the things that go wrong – like the Walkie-Talkie’s amazing car-melting abilities? London’s skyline might be getting higher by the year, but there’s plenty going on at ground level too. One property developer is putting its site to good use this summer with a weekly street food market where skyscraper-to-be 100 Bishopsgate will eventually be.

Bishopsgate Market is open every Tuesday and Wednesday until September (11.45am-2.15pm). Food includes burgers from Bleecker Street, own-made fish fingers in a bun from Hix’s FishDog, braised meats and stews from Roadery, plus moreish doughnuts from Crosstown – the salt caramel and banana version we tried was finger-lickin’ good. 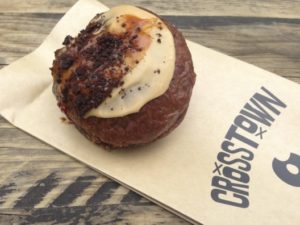 After more new food markets? Why not try these:

EAST: Bite street food market is now up and running on the last Friday of every month. Chrisp Street Market, 15 Market Square, Poplar, E14 6AQ (opposite All Saints DLR), 11am-3pm.