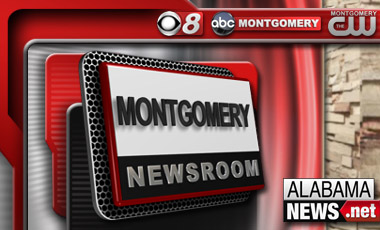 Food trucks have created a major craze in cities across the country, and now the mobile street vendors are rolling into downtown Montgomery.

In order to find out if food trucks will be a success in Montgomery, the city has created a competition. The winner will be the first ever to park in the downtown area.

Millbrook’s Schnitzel Wagon owner Renate Lindsey is keeping her fingers crossed that she can put her food truck to use, and her kitchen will soon be on wheels in Montgomery.

“We do German brats and sauerkraut. we also do a take on a chicken fajita. Oh and we do turkey legs,” she says.

Lindsey is competing against Montgomery’s Super Suppers in the Montgomery Food Truck Competition. The winner will get to park their food truck behind the State House Inn for a limited amount of time.

Food trucks are sweeping the nation, but they haven’t hit Montgomery.

“Let’s determine if there really is a demand for food trucks,” says City Development Director Chad Emerson. “We have heard to concentrate on what they call food deserts, so they will be going in a food desert.”

Emerson says this competition will help the city find out if food trucks are practical in the downtown area.

“There are a lot of people who work in these big buildings, and it would be great to have some variety for lunch,” says Cathy Brown who works near the State Capitol.

“It may [hurt business]. They probably will want to try to food truck just to try the food to see how it is,” says Celeste Richardson who owns Smoothies-N-Things Cafe.

But for Lindsey, she’s hoping she wins the competition, but if she doesn’t, she’ll find a way to sell her German treats in the Capitol City.

City leaders and culinary experts will begin judging the competition in the next couple weeks. They will be looking at truck design, food and experience.

The winner will be announced early-April.