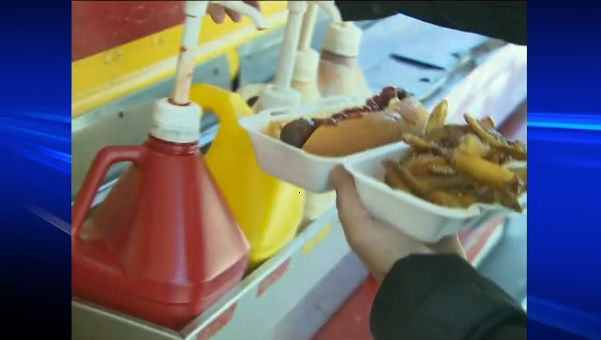 MONTREAL—Street food could be coming back to Montreal after a municipal commission recommended on Thursday that the city bring an end to a ban on street vendors in place since 1947.

Don’t expect hotdogs on every street corner soon, the city’s economic development commission has suggested a “progressive” approach to slowly allow street food to return with experiments in each borough.

“The aim is for sure to have street food in the downtown area, but also in other boroughs in Montreal,” said Veronique Fournier, the commission’s VP. “Why not in the parks, why not by the river for instance, at cultural events? Now Montreal is joining the ranks of other cities that have street food.”

Taking lessons from each borough’s experience, the city then could figure out how to regulate the industry. A task force could be struck to supervise street vendors.

“I love it,” said Gaelle Cerf, the owner of Grumman 78 and VP Montreal’s street food association. “We are going to have a year to prove what we are capable of, how it works, and only then will the regulations be drawn up.

Despite being banned from the city’s streets, Montreal already has a street food industry with vendors allowed to serve on festival sites and special events during the summers.

“We’ve been sending the trucks out, we’ve been having events at the Olympic Stadium for over a year now and people come to the stadium just to eat food off of trucks,” said Cerf.