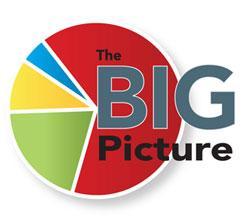 Call them what you will: mobile canteens, lunch wagons, catering vans or even the pejorative “roach coaches.” Food trucks, once the “restaurant” of choice for employees outside of manufacturing plants, steel mills, military bases and more, are back.

They are popping up on street corners in major cities across the country, to the delight of city dwellers tired of the same old delis for lunch and to the chagrin of city health officials and some brick-and-mortar restaurateurs. And they have found safe haven in some non-commercial operations, most notably on college campuses.

Fourteen percent of respondents to The Big Picture say they employ food trucks. Usually, in healthcare and B&I, food trucks are commercial operators who contract with individual institutions to serve their employees. But at many colleges, the trucks are often purchased and outfitted by the foodservice department as just another food outlet.

“In non-commercial foodservice, especially colleges, food trucks are excellent for three reasons,” says foodservice consultant Tom MacDermott. “College campuses have the kind of space to make use of mobile foodservice. Foodservice departments often have the ready capital available to invest. And students are a good target for food trucks because they sell the kinds of food young people like: quick, cheap and portable.”

At Fresno (Calif.) State University, bulldogbites became the newest food outlet this fall when the red-checked truck rolled onto campus. The truck is operated by University Dining Services and alternates between two sites on campus Monday through Friday, from 7 a.m. to 2 p.m. In addition to breakfast items offered all day, the truck serves burgers, grilled cheese, wraps, salads and a variety of sides. No item costs more than $6.

Megan Sarantos, assistant manager at the University Center, is in charge of the truck, which cost $45,000. Students, faculty and staff all had a hand in determining the menu.

“We came up with a menu that is diverse enough to satisfy customers,” she says. “We have a number of healthy choices, as well as vegetarian items, along with burgers, tacos and sandwiches.”

At Michigan State University in East Lansing, Eat At State On-The-Go pulls double duty, according to Culinary Services Director Guy Procopio. During the week the truck can be found behind Shaw Hall, where it serves 200 customers a day. When the Spartans have a home game, the truck moves to Spartan Stadium to become another tailgate option.

According to The Big Picture data, Michigan State isn’t alone in this practice. Most operators—61%—use trucks to sell meals at special events, like MSU’s football games.

Since 2010, the University of Washington in Seattle has operated three trucks: Hot Dawgs, Motosurf and Red Square BBQ. General Manager Andrea Benson says the trucks were bought as an option after dining services saw the growth of commercial trucks in the city.

“We regularly receive requests from outside vendors to come on to campus, and we say no because we already have our trucks,” says Benson. All three trucks are located on Red Square and were specifically designed, according to the campus website, “to bring the authentic, affordable and tasty street food experience to campus.”

Dining Services also saw the value of trucks when the university renovated More Hall this past summer, stationing two trucks on the lawn outside that building. With the reopening of the hall, the trucks have been closed and will be used by the catering department for special events, says Benson.

An institution’s size doesn’t necessarily matter when it comes to food trucks. Elizabethtown (Pa.) College, with only 1,900 students, has The Bird Feeder as a late-night mobile dining option. The truck sells a variety of sandwiches, chicken tenders, cheese sticks, fries and fried pickles, with a price range between $4 and $6. Eric Turzai, director of dining services, calls the truck “an inexpensive way to satisfy the late-night dining habits of today’s college student.”

Of the other non-commercial markets, the least likely segment—on paper—to be able to make use of food trucks would be K-12 schools. However, many districts summer feeding programs could be tailor-made for food trucks.

The Miami-Dade County (Fla.) Public Schools put that idea to the test earlier this year when it used a food truck to serve meals to students at 10 sites. Carol Chong, R.D., director of food and menu management for the district, says the program served as a pilot and was sponsored by a number of food manufacturers such as Schwan’s Food Service. She says her team will evaluate the test to determine whether it is feasible over the long term. 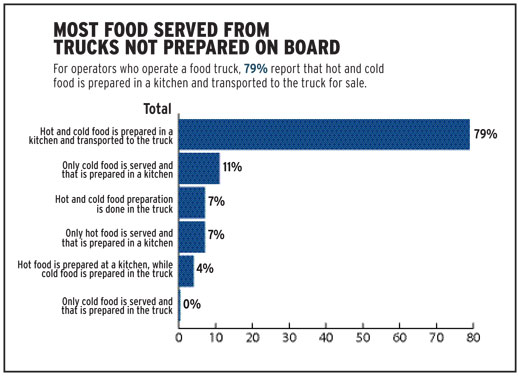 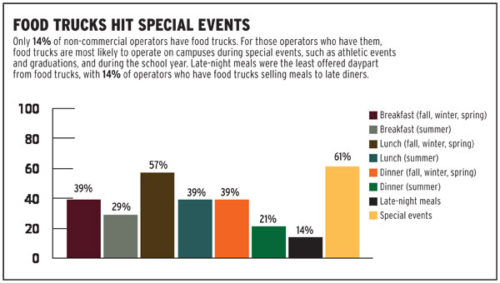