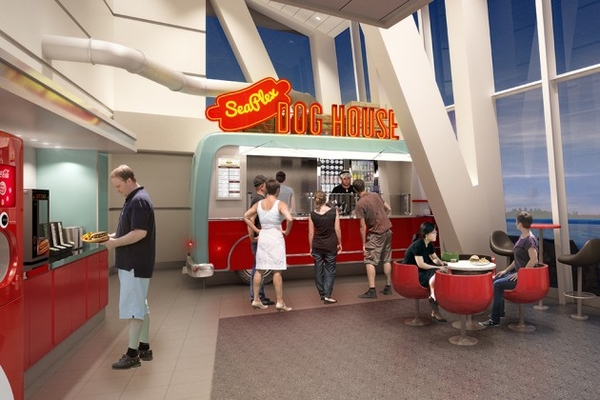 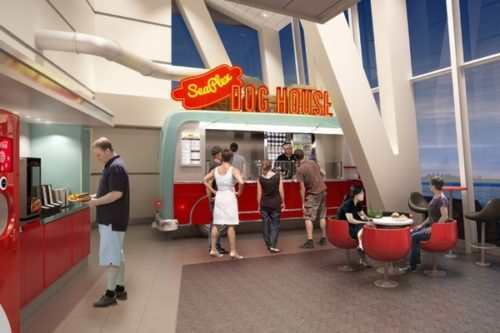 We’re going to go ahead and call it at this point, as we think the food truck craze has finally jumped the shark. Please let us know if you feel differently, but the latest offering by the folks over at Royal Caribbean just takes things to the next level of wrong.

It attempts to cash in on the food truck craze Royal Caribbean is working to install a food truck—or the equivalent sea-worthy version. The plan is to get things up and running aboard Quantum of the Seas, as SeaPlex Dog House will serve up things like hot dogs, sausage, and other to-go eats as part of the ship’s entertainment hub.

Although we’re quick to criticize, we’d probably visit for a bite to eat after taking in a ride on the very first bumper car track aboard a cruise ship.

Obviously things won’t be a full-fledged truck with vendors driving around the Lido Deck offering up on the go eats. The place will be permanently parked taking the form of a kind of kiosk, but at least you’ll be able to take them up on their offerings as part of the complimentary dining destinations.

Despite our feelings otherwise—we’d probably still ask a fellow passenger to pass the mustard.