First, the quick-serve restaurant across from Thomas Jefferson University Hospital called Chick-a-lic worked on its name; it’s now Chick-a-licious (though the awnings and signs still bear that original name).

And now, after six months of deep(-fryer) research on that ultra-crispy specialty item known as Korean fried chicken, Chick-a-licious has modified its technique. Its version went from OK to spectacular. It keeps its crackly shell for a full hour, if you need to travel. There’s a bonus. While most of these “KFC” places sell only wings, owner Ben Wang knows that people seek meat, so he also offers Korean fried drumsticks ($10 for seven, plus sides and sauce).

Truckin’ in Manayunk. Most of Philly’s food-truck zones wrangle three, four, six, seven trucks at lunchtime on weekdays. For its StrEAT Food Festival on Saturday, April 13, Manayunk will gather 30 of ’em and line ’em up along Main Street. The festival dovetails with Manayunk Restaurant Week, which runs Sunday, April 14 to Friday, April 26. 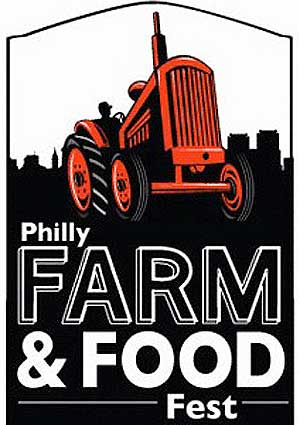 The city goes country. Last year’s inaugural Farm & Food Fest at the Convention Center’s Annex (enter at Broad and Race Streets) was a pleasant surprise – a well-run, well-balanced celebration of the region’s growers and food producers. This year’s – Sunday, April 14 – comes with more promise. More farmers, food artisans, sustainable-business owners – with a dose of chefs doing demos on the half-hour from 11:30 a.m. See such experts as Marisa McClellan, blogger and author of Food in Jars, will talk about making small batches of jams; chef Valerie Erwin of Geechee Girl Café; chef Yun Fuentes of JG Domestic; chef Josh Lawler of The Farm and Fisherman; and chef Lynn Buono of Feast Your Eyes Catering. General admission tickets, which include access to all the workshops, are $15 in advance and $20 at the door. Children under 12 get in free.