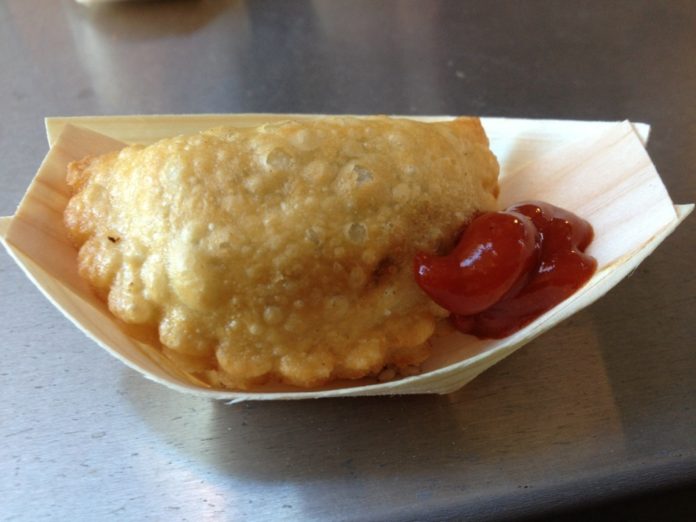 This spring, you can bet there are plenty of entrepreneurs out there who are thinking about starting their own food truck here in Portland, now that city regulations allow it.

Karl Deuben and Bill Leavy have been trying to get their truck ready for a late May launch. For them, this isn’t going to be just another fad. The two chefs have worked at both Hugo’s and Miyake, two of the best restaurants in town, and they plan on making some serious food in their truck as well.

“We don’t want to make tacos or odd things,” Deuben said.”We want to be able just to cook, and this is an opportunity for us to do that. It was hard for us to find a brick-and-mortar location we really wanted to establish. This allows for a lot of freedom. There are a lot of restrictions in town, but it allows us to be mobile and take our kitchen to a catered event or to a farm and execute the same type of product that we provide to our customers on the street. We can do that at their house, at a farm, or anywhere else. That’s actually quite appealing.”

The truck will initially be parked by Tandem Coffee Roasters and Bunker Brewing in East Bayside, where they will serve breakfast and lunch at least five days a week.

Deuben says the food will include simple breakfast and lunch sandwiches, and hand pies made with a pierogi-based dough (using Maine potato flour) and three different fillings.

“It will be smaller than a traditional Cornish pasty, but very similar in nature,” he said.

Deuben made a prototype cheeseburger hand pie out of the Good Shepherd Food Bank’s new food truck last week at the organization’s annual dinner. Here’s what it looked like:

Deuben (right) and pal Rob Evans (left), owner of Duckfat, also made an appetizer of panelle with fennel, goat ricotta and Duckfat coppa:

Deuben has loved tater tots since he was a kid, and plans to make his own version seasoned with nori seasoning salt to sell from his food truck.

The menu will also include a series of daily breakfast and lunch rice bowl offerings. The rice bowls could have a Japanese flair, or have a southern twist – they’ll reflect a lot of different international and regional cuisines.

“The bowls would be a nice option for us to come up with a daily special or utilize the offcuts we can get from local farms and be able to do something a little bit different in a bowl format,” Deuben said.

Deuben and Leavy will be leasing “home kitchen” space for prep work, storage, etc. from One Fifty Ate’s Josh Potocki in South Portland, and in return they’ll be selling some of his breads on their truck.

The chefs bought their California-style food truck from a family in Rhode Island who had been selling Korean BBQ. It has a flat-top griddle, a double-bay fryolater and a steam table.
“I’ve never used a steam table in my life,” Deuben said, laughing, “so we’re going to have to figure out how to do that.”

The umbrella name for their business will be SmallAxe, which reflects Deuben’s belief that through the diligence of small actions you can accomplish a great goal, like cutting down a large tree with a small axe that’s been well honed and sharpened.

“Our hope is we’ll establish ourselves as good tenants at Tandem and Bunker, and then be asked to go to other businesses and park,” Deuben said.