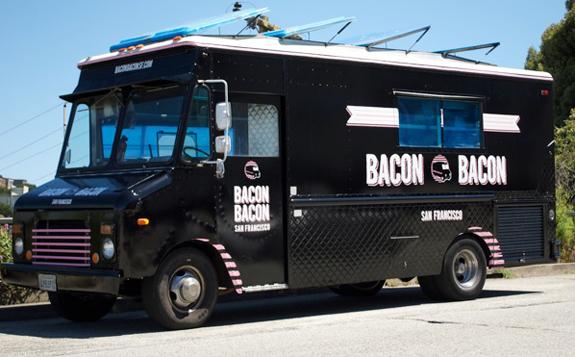 SAN FRANCISCO, Ca. (Gannett) – A food truck in San Francisco called Bacon Bacon is being ordered to shut down, after neighbors in the area complained that the store gave off too much of a bacon smell, which led to the discovery of a permitting issue.

But folks on the the Bacon Bacon Facebook Page are putting up a fight against the shut down.

On Friday, a post was made on the page saying:

“Update from director of health department, Mr Lee to attorney for neighbor and myself ‘if you pull your formal complaint against bacon bacon, planning department will approve and I will allow bacon bacon to stay open while they make upgrades.’ Our fate now lies in the lawyers and said neighbors hands.”

Bacon Bacon’s Facebook page says it opened in July 2011 and specializes in “bacon on a burger, bacon dipped in chocolate, a pork belly sandwich and bacon jam for added bacon deliciousness.”