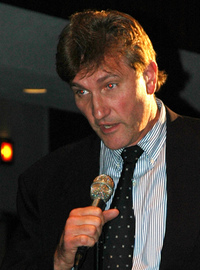 If aldermen in Somerville can quickly work out the details by September of a long-awaited law regulating food trucks, the mobile eateries could turn up in Union Square before the end of fall, two aldermen said. The ordinance, which calls for a pilot program to introduce the trucks in the square, is currently under consideration by the legislative matters committee, where details about licensing fees, state and local taxes, hours of operation, and other provisions are worked out. “I think we want to put some more conditions on it,” said Ward 3 Alderman Thomas F. Taylor, a committee member. “But I suspect we could have a pilot program by September.” Ward 2 Alderwoman Maryann Heuston, whose district includes the pilot area, said that residents could see the trucks featured in the last SomerStreets festival slated for Oct. 28 along Somerville Avenue. “If we get something on the books by September, we can entice some [vendors] to do something in the short term,” she said.