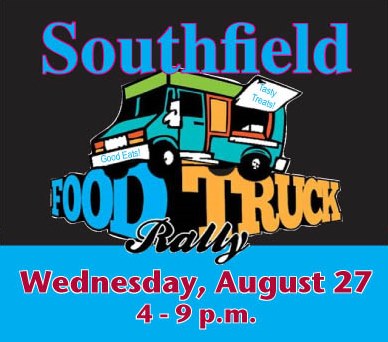 By Contributor  |  City Of Southfield 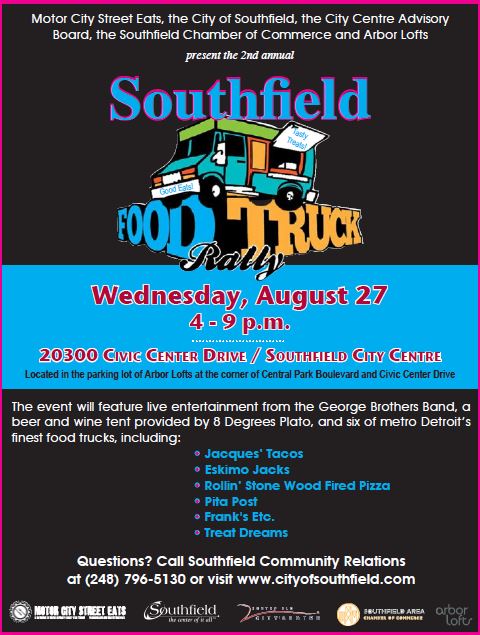 The city of Southfield, in partnership with the Motor City Street Eats, the City Centre Advisory Board, the Southfield Chamber of Commerce and Arbor Lofts, will present the inaugural Southfield Food Truck Rally on Wednesday, August 27 from 4-9 p.m. at 20300 Civic Drive in the Southfield City Centre (located in the parking lot of Arbor Lofts at the corner of Central Park Boulevard and Civic Center Drive).