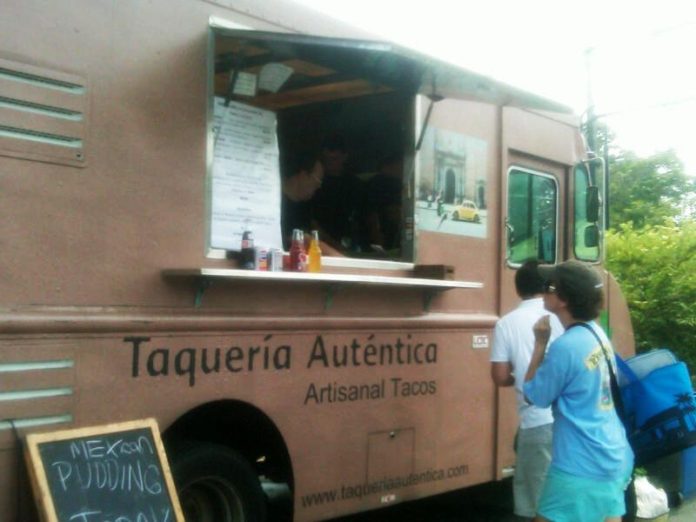 With Mexicali Rose and Cilantro closed in Montclair, residents may need to head over to Bloomfield for some authentic Mexican fare.

These are just some of the enticing offerings at Taqueria Autentica, a new Bloomfield restaurant that offers Mexican cuisine. Other items on the menu include tortas, tostadas and quesadillas.

Co-owner Michael Natiello and his wife, Alyssa Aiello, said what makes their business unique is they want to present more fresh, traditional Mexican foods and they are using high-quality ingredients, much of which come from local and organic sources.

Aiello said they want to be known for providing “quality ingredients and authenticity. We try to bring a simple, fresh product.”

The restaurant had its grand opening in Bloomfield on Sept. 25. But the food business has been around for three years and it has evolved from a gourmet food truck to a bricks-and-mortar store.

Natiello, a commercial litigation attorney, said he was inspired to enter in the culinary world by his love for Mexican food.

Natiello, who lived in California during the 1980s, said he enjoyed eating at the roadside taco stands and restaurants in Los Angeles, San Francisco and Mexico.

When he returned to New Jersey, Natiello said he found that most of the local restaurants offered Tex-Mex food and he began experimenting on his own to try and recreate the flavors with lime, cilantro, cumin and white onions.

Natiello and Aiello said they tried to open a restaurant in 2008, but they could not get a bank loan and the recession started.

Instead, the Bloomfield couple opened a taco stand at the Montclair Farmers’ Market using a tent, some grills and propane tanks.

“From the first day we had crazy lines and a lot of people responded to the food,” Natiello said. “A lot of people said they haven’t had food like this since they went down to Mexico.”

The business grew, expanding to the Summit Farmers Market in Oct. 2009.

The following year, Natiello said he left his full-time attorney job, bought a former newspaper truck from the Asbury Park Press and installed a kitchen inside it.

The mobile Taqueria Autentica went into operation in May 2010 and in addition to the farmers markets, the truck also made stops on Mulberry Street in downtown Newark.

While the Bloomfield restaurant officially opened at the end of August, Natiello said they are still bringing the truck to the farmers markets in Montclair and Summit.

Customers who attended the grand opening night said they enjoyed the restaurant’s fare.

Jim Wescott, of Montclair, went to the restaurant with his wife, Julie Harris, teenage daughter Arianna Wescott, and her friend Ashley Stanford. They tried the quesadilla, chicken enchalada, vegetable tostada and carne asada.

Arianna said she found the very flavorfull and Harris said she thought it was delicious.

Bloomfield residents Greg Laub and Patty Dwyer said they, too, thought the food was delicious. They went to the restaurant with their son, Jackson, 7, and Olivia, 5.

Dwyer said the avocado torta was excellent and she was impressed by the cactus taco, something she had never tried before.

Laub said he was impressed by the authentic tastes, which he preferred over fast food.

“It’s nice to have it in the neighborhood,” he said about the restaurant.