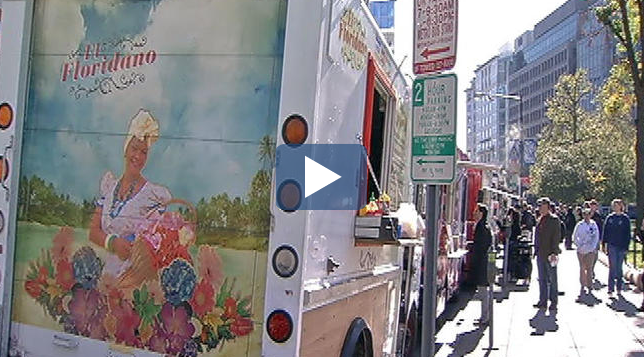 At the food trucks that seem to have multiplied over the past couple of years, you can get just about anything.

But many of these vendors say they’re getting squeezed by some proposed new regulations.

One rule at issue is the guidelines for where the vendors can set up.

Around Farragut Square in Downtown D.C., they circle the park, but if the new regulations went into effect, all of those trucks would be breaking the law.

The proposed new rules would require ten feet of clear sidewalk space for the trucks to operate in the central business district, which is pretty much where all the hungry workers are:

Many of the vendors say they bring something else to the curb, that can’t be easily measured in feet and inches: “We bring a lot of flavor, a lot of diversity, some sexiness to the city. All these people in line, that’s just proves that its something they want,” says Victor Villarreal.

What the vendors want is a mix. They welcome some regulation, they just don’t want too much.