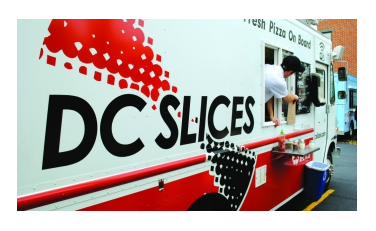 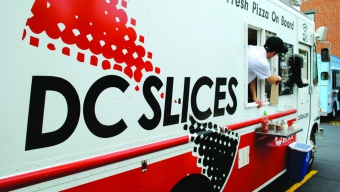 At a legislative meeting last November, city councilors bemoaned the results of the food truck pilot program, which saw just seven trucks operate in the city last year and was set to expire at the end of 2015.

Now, the permitting process has been relaxed with a view to making it easier for vendors to set up shop, while the pilot program has been extended indefinitely. City council unanimously approved the changes to the ordinance governing the off-street food truck program at a public hearing last month. The program does not include on-street vending, which may be revisited later this year.

Under the relaxed rules, vendors are no longer required to obtain a food truck vendor permit if they are permitted to set up under a special event permit, special use permit, at a private residence or are stopping on a short-term basis to sell pre-packaged food only. Previously, a food truck permit had been required under all circumstances. In addition, vendors will no longer be charged the $250 annual permit fee, but still will have to pay a $100 application fee and other charges to the city health department and for a propane tank fire safety permit.

Assistant City Attorney Joanna Anderson explained at the hearing that the idea was for the permitting process to be more welcoming to food trucks and prevent overlapping where appropriate.

“If somebody just wants to come in and be on one piece of property, they shouldn’t have to get the whole permit,” Anderson said. “This is something we’ve recognized as a problem in implementing the program over the last couple of years, and thought it would be good to codify it.”

So far, the trucks have proven popular at Mark Center and by the Port City Brewing Company, with the Four Mile Run Farmers Market also seeing a presence from mobile eateries. But city public spaces like parks, hoped by some to be a good testing ground for food trucks, have not seen such usage, as operators say there is not enough demand there.

“We had a pilot program that more or less worked, and it proved several things to us, one of which is that food trucks just aren’t a big deal in Alexandria,” said resident Katy Cannady. “They’re just not. If you keep them out of the very, very crowded areas where there are a lot of restaurants and nobody is going to go hungry if they’ve got money to buy a sandwich, they don’t seem to be very viable.”

At the hearing, Che Ruddell-Tabisola, chair of the DMV Food Truck Association, spoke of a successful year around the region in relaxing regulations governing food trucks. He mentioned the lifting of a 10-year ban in Prince George’s County and the passing of a bill in Montgomery County to extend food trucks’ hours that overcame strong opposition.

Ruddell-Tabisola drew a comparison with a law passed in February by the Virginia General Assembly lifting a ban on food trucks operating on state-maintained facilities as an indication of how things are changing, including in Alexandria.

“This is a conversation that has been taken over, frankly, by our cultural and economic insecurities,” he said. “Entertaining those brings out the worst in us, and that is what happened in that process last spring and during [the 2014 public] hearing.”

The deletion of the sunset provision means the pilot program does not require renewal each year, although there is still no provision for expanding the program to areas like Old Town and Carlyle. In a memo dated November 18, 2015, City Manager Mark Jinks said the U.S. Patent and Trademark Office has expressed interest in having food trucks near its offices.

Jinks’ memo also mentioned a survey of the public showing a great deal of support for food trucks, and in last November’s legislative meeting, City Councilor Paul Smedberg questioned why the program should not be expanded given the desire of many people to see it happen.

“The survey [of residents] was very interesting and enlightening when you look at the disproportionate percentages in support of food truck programs, especially when you look at the neighborhoods that could use some variety, quite honestly,” he said. “The [food truck] rodeos are a nice idea and something maybe we should explore, but people want regularity and certainty instead of spontaneity. Unless you open it up to Carlyle and the King Street Metro area, why even have a program? Why waste all this time?”

City staff will likely revisit a possible on-street program later this year under a new ordinance, with off-street vending set to continue seemingly indefinitely after the passage of these changes to the off-street regulations.