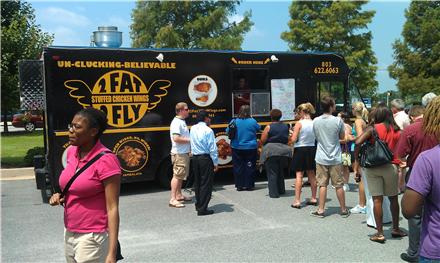 COLUMBIA (WACH) — Columbia’s City Council is set to take up amending an ordinance governing temporary vendors or food trucks in the city limits.

The city’s Code Enforcement Task Force would require the food truck operator to get written permission from the property owner where the merchant intends to operate.

Food truck operators would also be limited to no more than three sales per location, per year.  Read the proposed amendment by clicking here.

A food vendor located next to a restaurant has not had to make the same capital investment as a traditional restaurant, according to some petitioners.

What do you think about mobile food vendors in Columbia?  Should they operate under a stricter ordinance, or are the current rules enough?  Leave a comment below to weigh in with your thoughts.